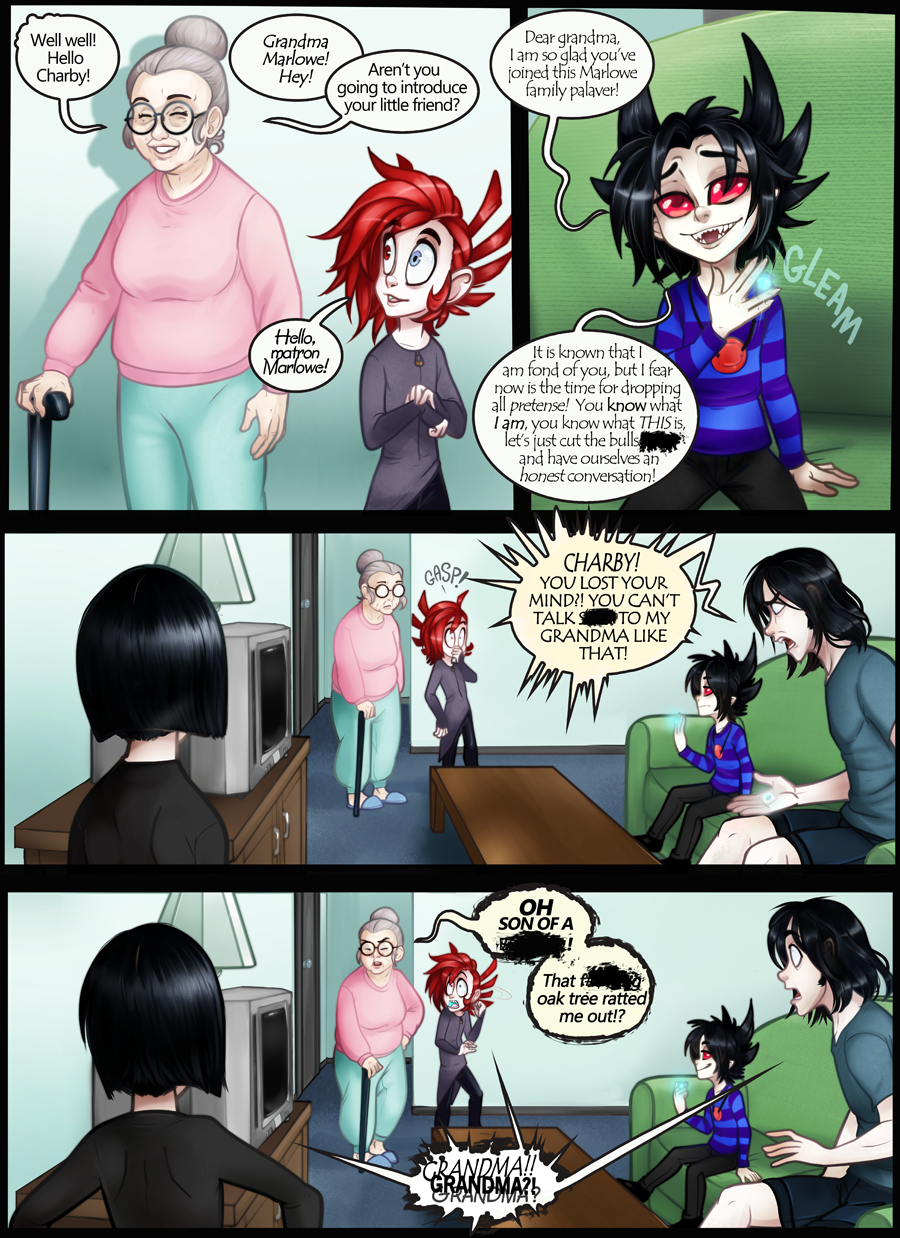 Grandma got some ‘splaining to do! Shortly before Charby collected these strange acorns, he was remarking on how he finally realized that hunters (ones who are not blind to monsters like most of Kellwood’s human residents) all have the same mysterious essence which he felt at the spot where he comes to think, from some strange and ostensibly benevolent entity which he suspects is something similar to Zeno's “Orzzoren”.
If you've been keeping up on CTV ReVamped, you already have an idea what this essence or entity is!

I want Charby to do all the anime poses now.

Yes, Grandma Marlowe makes an appearance again! And, looks like her sight wasn't all that bad after all (seems like quite the opposite really!)