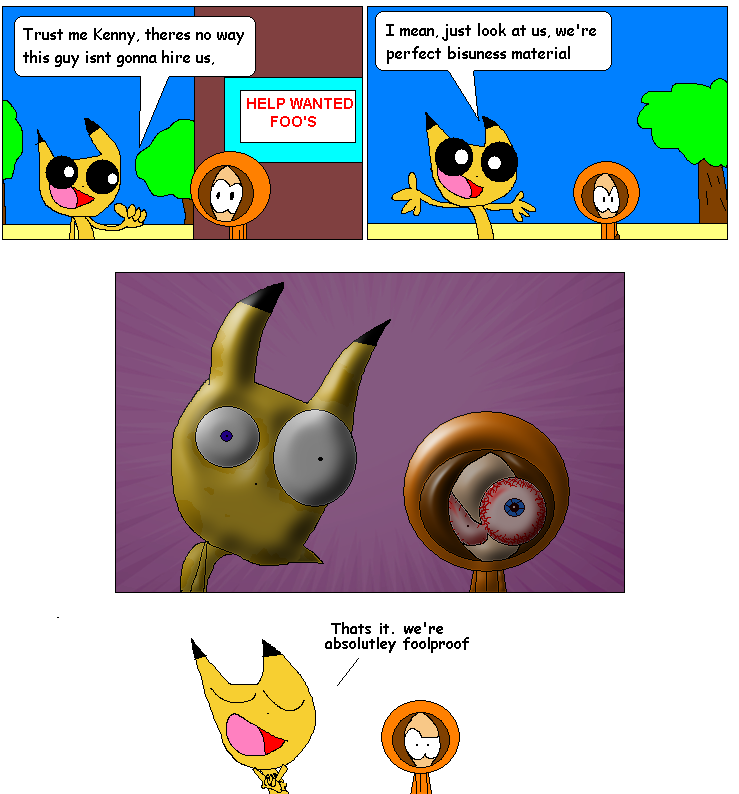 Hey hey everyone! This is the first ‘Chu and Kenny comic to be drawn using MSpaint. Back when I was still drawing Sonic the Hedgehog comics, I put a bunch of other franchises I liked in with it to make a sort of crossover comic called “One Guess”, which had Sonic, a poorly drawn Pikachu, Kirby, Invader ZIM and GIR, and later on, Kenny McKormick, along with some older creatons of mine. Soon I got bored of drawing Sonic and getting ZIM and GIR horribly out of character, so I just stuck with Kenny and Pikachu, who when I finally learned how to correctly draw a friggin’ Pikachu, became his own guy known as 'Chu. It was pretty much the same cast as “One Guess” untill like, a year later when new intrests started to pop up.

I love the idea!

THe thing with the third panel is great, like Wren and Stimpy.