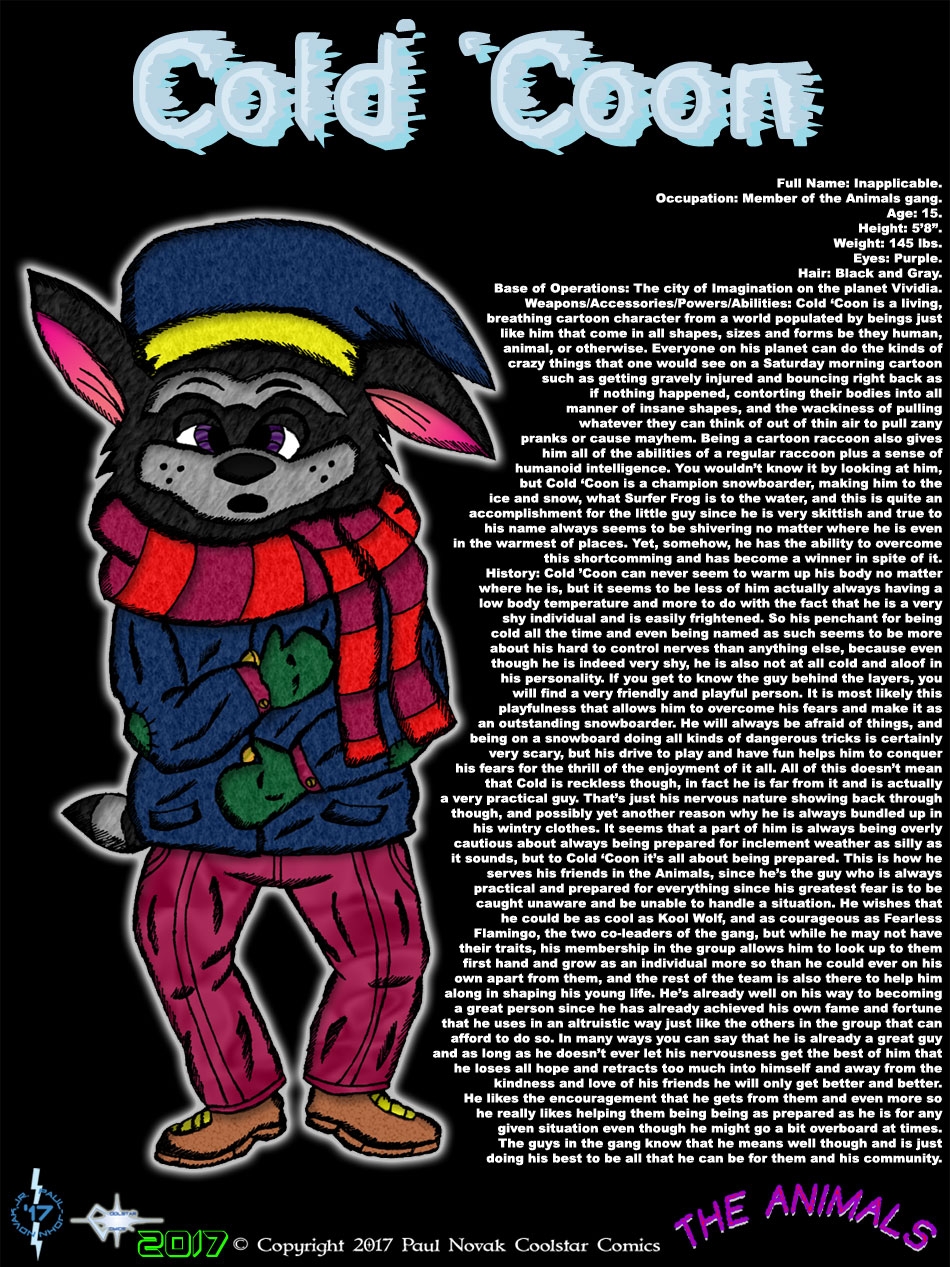 Cold ‘Coon started out as just a silly little raccoon character that was always bundled up in his winter gear all of the time and that was basically his only defining character trait. However, when I began to think about what I really wanted to do with all of these characters and really started to give them each their own individual defining back stories and the Animals grew into this bunch of animated heroes who all have unique skills, jobs, and talents that they combine for the betterment of their society, I knew that I had to have him be something more than just a silly chilly raccoon. So, I began brainstorming ways in which I could incorporate his defining character trait into a job that he could do and contribute to the team with. Since most of the members of the gang all have high profile jobs where they can perform and raise money for charities and whatnot, I decided that he could be a snowboarder. Yet, I also figured that it doesn’t come easy for him like it does for the rest. He actually has to work at overcoming his fears to get on the board and do the tricks that make him a champion at it because his constant wearing of heavy clothing no matter what his location or the temperature might be has more to do with his personal anxieties than any real regulation of body temperature, as it's more of a security blanket than anything. But, he is so inquisitive and playful by nature as well, that despite his carefulness and reservations, he is still motivated to seek out such thrills in order to overcome it all. This all stems from the actual natures of real world raccoons who can be extremely curious about things and want to explore and get into things like your trash cans for food, but then also be easily skittish and scared away.