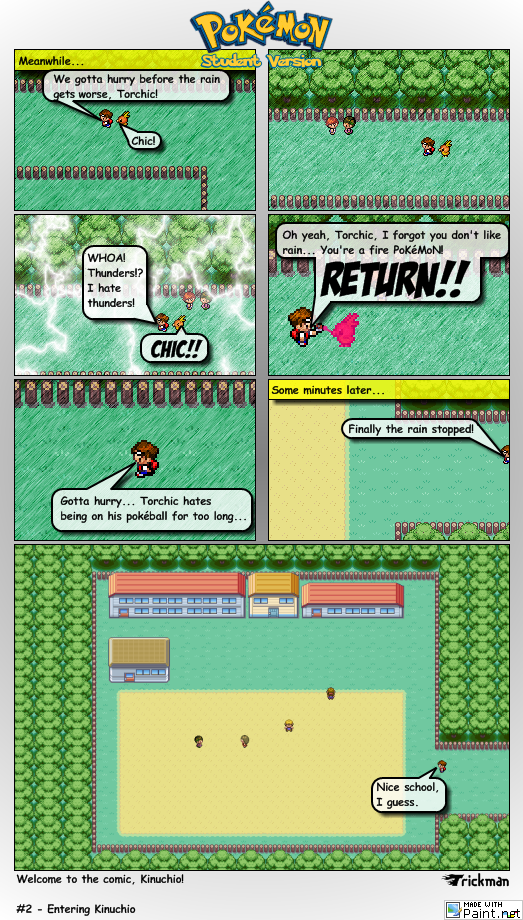 Tricky, if you're gonna make a comeback, make one now. Wherever you are for I'm running outta comics to post. On a side note, enjoy.

"Dead" is a term used when someone doesn't appear for arrealy long time.

It is at the Paint.NET forums...

..Something I just noticed, the title says 3. X-D

Just make a diagonally black&white gradient, use the clouds effect, with as blend mode difference, then invert colors, then adjust the levels with CTRL+L, with output gamma 10,00 and input black point 200, and keep the rest unchanged. Then add it to your image, on a seperate layer, and remove the black space around the lightning with the magic wand and a 59% tolerance.

Emerald, that's made with .Net not Shop...

Oh yea on should be in right in the 3rd panel right.

its a tutorial on paint.net if you want to know how to do it the rain is easy but for some reason the lightning for me never comes out right...

I also want to know how you made the thunder-effect.

To me, the rain effect looks less like a rain effect and more like a subtle blur. I really like the thunder effect, can you show me how to do that?