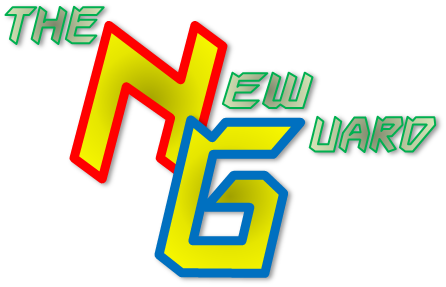 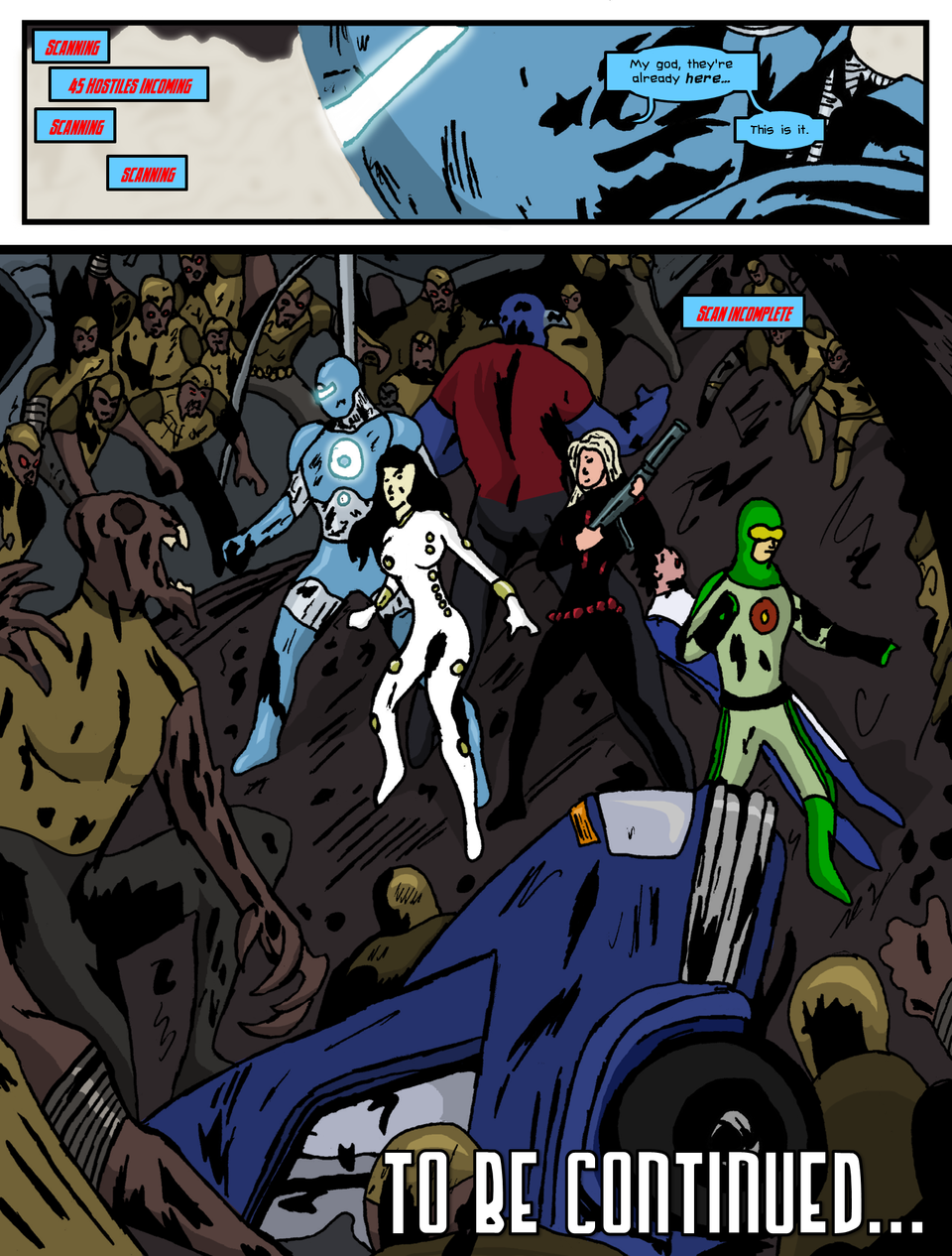 Yeah, the red text for the armour didn't work out as well as I'd hoped. I'll make changes to that as soon as I am able to. But, moving quickly on…
TO BE CONTINUED!
And so ends The New Guard Issue 1: Everything Has Changed! I'll admit, it's took a LOT longer than I thought it would to get this point. That's something I definitely hope to change as we start to find our feet on the webcomic. But it's been a real blast with this issue. For those who read the original “The Heroes Unite” by Spudsy and Nepath, you'll see this first issue is very much how their first issue started off (except with a few things thrown in there.) It was definitely a challenge trying to honour that as well as making it my own thing, but hopefully I've pulled it off. I'd like to thank both creators for letting me use that as a starting ground for The New Guard, as well as for letting me use their characters and put them through hell (literally?). From here on out, though, the story is completely mine. Everything that happens next is completely my idea. Unless it turns out that you guys don't like it, then I'll find someone else to blame…
And of course, these page wouldn't look anywhere near as good as they do without the gorgeous colours provided by irrevenant. Big hats off to him for constantly turning my messy pages into something visually appealing. He does colours (and now draws!) pages over at Heroes Alliance, so if you haven't check it out already, stop reading this and go do that.
I'm going to go on a very slight break before we get going with Issue 2, mainly just so I can keep ahead with drawing pages and hopefully start coming out with more frequent updates than one a week (at least for the second issue.)
And thanks to you guys for sticking around and reading, commenting and showing your support throughout this first issue. I hope you're all enjoying it, because we've got another 19 issues to go! See you all (hopefully) around October time as we start Issue Two: Siege!