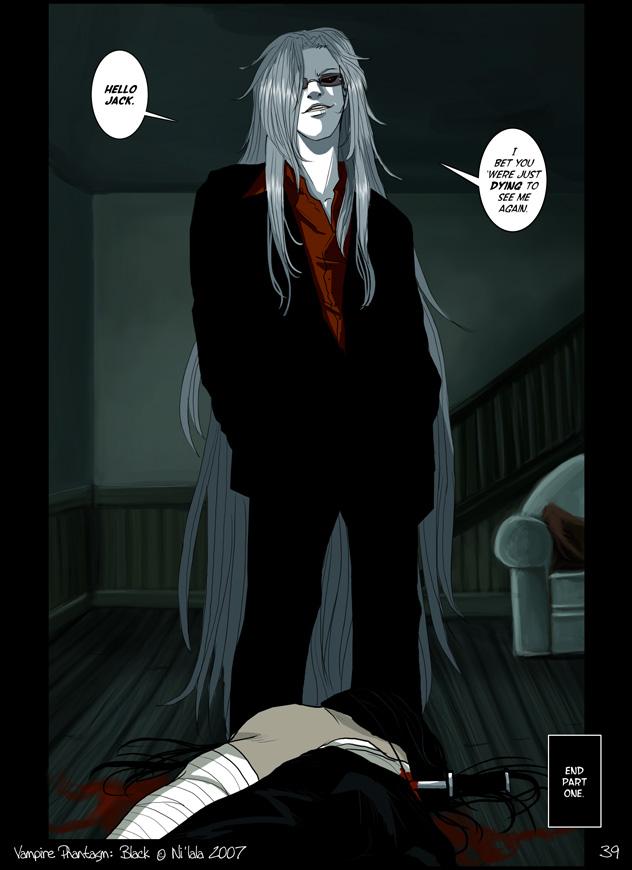 Reuploaded this due to technical problems with drunkduck.com.
Ni'lala is working on part 2 of this fancomic…and I'll upload the pages here when it's done. Ultimately though, it is up to her on whether or not it will be completed.

Orlock looks very nice in Ethan's outfit! I absolutely love Ni'Lala's art style too! so pro! I would love an actual printed copy of this work! (and I don't just mean from my own printer! ) +10 to the whole comic!

I wnat orlocks hair toooo! only in my natrual color not silver poor poor jack :(

OH MY GOSH! The the coolest DD comic ever!! O__O

well I guess that was that! and that all she wrote

This is such a gorgeous comic, I hope she continues it

evilplushie: The better to strangle you with? =D

I am sooooooo addicted to this comic!!! xDDDDD

I am sooooooo addicted to this comic!!! xDDDDD

wow can't wait for the next!

White Wolf should just hire Ni'lala to draw all their illustrations for them, together with that Bradstreet guy.

I think i've read this fancomic as many times as VP It's just so awsome! And a lot of work on a fancomic!

I really like these fancomics XD very well done. and blood-ay

Hey! Nobody mentioned that. XD

IT WORKS AGAIN! All hail Volte. Now you have to promise him your firstborn :(

What... a fabulous page.