Milestones and sandwiches! (No milestone sandwiches though)

Sorry these milepost announcements are a little bit late! I have problems with change and I was confused by the new newspost schedule. :]

Byth1's comic The Legends has just hit 100 pages! Keep up the good work! :] Here's it's description! Updated on fridays! New Carolina, the home to Heavenchild, the famous superhuman that protects the city. That is, until he's murdered. Without him the city is vulnerable to gangs, supervillians, and mad scientists. Only 5 heroes stand between them and the city, but will it be enough?

Character Development has turned 900… and yet has so few wrinkles. What's the secret? Why, plastic skin, of course. And now the tale of a party of adventurers who got lost in a dungeon… and the one Paladin who had no choice but to try and save them. It's Character Development. A daily photocomic with toys.


Hey you remember my newspost from Monday, right? Of course you do, it had a sandwich in it! Well I invited DDers to create their own comic-sandwiches, and a few awesome individuals did! Here they are! 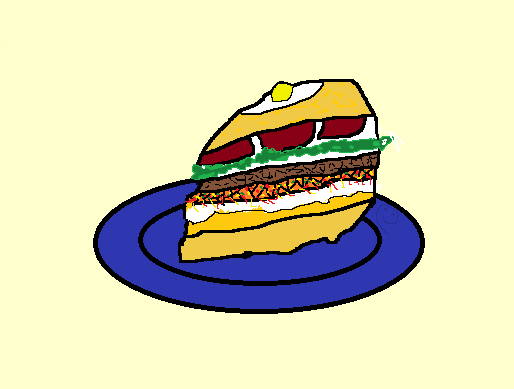 This sandwich is from Gullas for Bobby the Fetus! He says:
Egg - Fetus… obviously…
Burger Bun! - Was the only thing I had in the fridge
Sun Dried Tomatoes - dried up humor…
MAYO(white stuff) - for white backgrounds
Greens - Good for your bowels
Ground Beef - Sloppy/Laziness
Nachos (chips/salsa/cheese/quac) - the rest of the cast, sometimes there is too much of them…
more white stuff
Gouda - for cheesy puns

The Mies Van Der Roll: A Mid-Century Modern Night Snack is from Kawaii Daigakusei! Claire says:
It would be made with fresh bread from scratch–Each comic page is made with a fresh sheet of paper and the initial sketches can look pretty scratchy. Also, because no two home made loaves of bread come out completely identical so there are some irregularities, but it is still bread.

Kale and Blackened Tempeh–The story is set in Los Angeles where healthy food choices are prevalent.

Wears headphones–because the story may seem a bit odd and it has random music references.

The sandwich lunch box looks like an Eames House–architectural references in the story.

I think they both look good! What do you say?

I like how gullus' sandwich was made with a hamburger bun because a fetus is technically a bun in the oven.