Carl Jung is Your Friend (part 1) 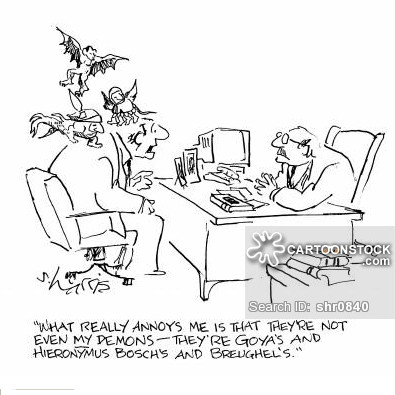 I’ll start today by talking a bit about one of the superstars in the field of Psychology (please don’t groan, it’s for a good cause):

Carl Jung was a Swiss psychologist and psychiatrist (the super sayan combo in our field). He is considered the founder of analytical psychology, which is a school within the psychodynamic/psychoanalytical approach emphasizing the importance of the psyche and centering the motivations for humans in their striving for “wholeness”.

As you might imagine if you have at any point dabbled in psychology, Jung was pretty influenced by Sigmund Freud, and he basically postulated a different conceptualization of the psychodynamic model Freud had theorized .

One of the major changes Jung suggested was about the unconscious and its qualities. Jung suggested that humans are not born tabula rasa, but instead with pre-installed information called “the collective unconscious”: the part of our minds that we all collectively share, respond to and draw from.

And this is why he is your friend when you’re sitting down to construct stories and characters! (Jung has been quite influential in literature)

According to Jung, in our collective unconscious there exists a library of instincts and archetypes. For now, it’s the archetypes that we’ll be focusing on:

Archetypes are patterns of events, personality, behavior, motivations and thoughts that are coded into a ‘profile’ of sorts, and from which individuals draw in order to understand and interact with their (primarily) social environment and life. These archetypes are shaped by culture, history and core cultural elements of human civilization- and they are unconsciously recognized by all of us. This capacity to recognize and connect to archetypes in people and personalities we encounter, as well as in the stories of these people, is what makes Carl Jung our best of friends as creators of stories and, consequently characters within a story.

If when creating a character we give it a consistent Jungian archetypal base before we construct him/her for the purposes of our story, then it is extremely likely that our audience will emotionally engage with the character, exactly because we will be tapping into the collective unconscious that we all share. And because it’s unconscious, nearly reflexive reaction to the stimulus of such a character, the emotional engagement is likely to be very solid and your audience will love, sympathize, hate, despise exactly as you want them to do in your story, be it a novel, a graphic novel or a movie.

When creating a story, the core of it is bound to have at least one of Jung’s archetypal events and/or motifs, if stripped down to the absolute essentials (yes, that’s why every plot has already been told, and that doesn’t at all matter).

What are these Jungian Archetypes then?

Archetypal Events are six: Birth, Death, Separation from parents, Initiation, Marriage and the Union of Opposites.

Is it starting to sound familiar as far as plots are concerned?

These should also be ringing a bell.

But listing them is not enough. So in this little ‘mini series’ of newsposts, I’ll be talking about each archetypal category and examples we encounter in literature, as well as ways to incarnate them with originality in our stories.

Next time then, would you like me to talk about the Events, the Motifs or the Figures? (It won’t be boring, I promise)

Personally I mostly reject the psychodynamic schools of thought as not very scientific (their theories can't be experimentally tried, results of therapy aren't replicable, that sort of thing) and I have a pet hate regarding Freud. However, anyone would be remiss if they dismissed elements that emerged from psychodynamic thought, from the concept of defense mechanisms to a rough mapping on how people (individuals) tend to approach their environment and/or interpret/make sense of it. So of course taking Jung's collective unconscious premise to mean we're telepathically connected would be at least problematic. What it should be considered as is the basis for cognitive emotional functioning more than anything else. And of course, as artists, tapping on that cognitive-emotional basis helps engage our audience more directly.

It's very interesting and has more winder applications than Freud who's theories seemed more of his time and prejudices than anything else. One thing though, we can't take the "collective unconscious" literally, like some kind of brain to brain internet (I had an art lecturer who did that, it was very problematic...), but as you say: if we take them as part of an instinctual base that we're predisposed to recognise as well as things so strongly embedded in our culture and language that we all recognise them, things that are tied into our physiological/biological/neurological reality our senses and how we will always see the world etc, then it starts to make sense.

I have a friend in England (a Phd) who has studied Jung and now believes Jung theories control his dreams and lives by them. He is now destitute....:(

I love archetypes! No matter how I try to get away from them, they come back and clutter up everything.

This is gonna be far from boring, no matter which subject you start with! Very excited about this!

It really does make for great literature!! I've taken classes where we take a piece of work and do 'Jungian critiques' of it!! Sometimes it felt like stretching but it was always fun, and had a satisfying feeling when we'd lock part of a story to a Jungian concept!!