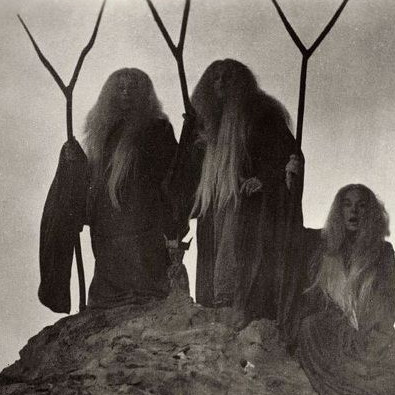 Starting with Jung’s archetypal motifs, I think it’s best to remind why they’re called ‘archetypal’ first:
Archetypal motifs replicate themselves in stories across time and culture, in all human endeavors to create.

Motifs in general are tokens in a story that appear several times and symbolize something specific, a recurring message, theme or idea that the story wants us (as the audience) to take with us.

I say tokens and not for example symbols because a motif can be anything in a story as long as it is recurring, from an image (a lotus flower, the sun, a hat, lightning, the head of a dragon, etc) to an idea (death, creation, love, loyalty, family, etc).

According to Jung, all motifs in a story can be broadly categorized in three basic different types: Apocalypse, Deluge, Creation.

Apocalypse, in this case, is not actually referring to Armageddon, but actually to the Greek word apocalypsis which means “to uncover, to reveal, to discover” (even in the bible, it means “to reveal stuff about Armageddon”. Armageddon though is not avoided).

So the motif of apocalypse is always about the characters in the story having some sort of revelation. The simplest Apocalypse motif is the light bulb over our old favourite cartoons' heads when they discover something or get a neat idea. When we apply a motif in our story, especially when creating comics or movies where the visual element is powerful (and simpler to apply) we can tap upon the emotional consciousness of our audience and ‘prime’ them or ‘key them in’ to the theme or wavelength of what we want to get across before they get to it consciously (cognitively).

When they do get to it consciously, having been primed to the theme/idea before through the motif, the emotional payoff and engagement of the audience will be greater.

Apocalypse motifs are about anything and everything that can change a character’s or a story’s direction- the dragon in Mulan, ‘ohana’ dialogue in Lilo and Stitch, mirrors in Snow White, the butterfly in Asian mythology (also in Lord of the Rings movies), the Moire (the Fates) in Greek mythology (also incarnated as the old woman by the road in fairy tales) and so on and so forth.

Even if we don’t consciously recognize them for what they are, our self will, and there will be a sense of thrill for the change/development that is about to occur.

Next time I’ll continue with Deluge and Creation, as they are often paired.

Have you any Apocalypse motifs in your comics? Consciously or not ;)

It is weird how the word 'Apocalypse' has transformed into a word meaning a gigantic, tumultuous end!! Anyway, the real meaning, 'to reveal', always feels so primal when encountered in stories - like we're connecting with something ancient and meaningful!!

Do it all the time. I pay attention to eyes since I am basically posing static figures. Even subtly opened mouths can be effective. Something that is barely noticeable can speak volumes in relaying the story. I see it and work on it, but readers can take it for granted.

Interesting stuff, Tantz! The very first page of my comic starts with one of those, as it happens!