On The Still-Ongoing Net Neutrality Issue 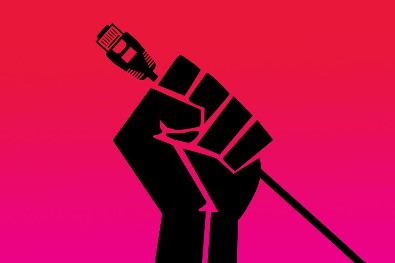 A thread in the forum by JillyFoo on Net Neutrality has inspired this newspost.

I did some cursory research on it on the issue of how repealing it might affect artists- indie artists, like most of us are as webcomic creators and DD contributors.
According to Rolling Stone repealing it, thus allowing access to the Internet become more expensive will mean less exposure and less capability to expand one’s career without it hinging on big internet nodes that won’t be, in a sense ‘paywalled’.

The New York Times also report that repealing Net Neutrality means immediately more expensive, less available internet services that have by now become staples (such as social media or entertainment platforms) and as such, important for artists’ careers and ability to make income.

The other side, the one for repealing the Net Neutrality rules, argues that regulation is the one that actually restricts access and cite a pre-2015 era where things were working fine as proof that repealing the rules won’t affect the internet, the access to it and the ability for online entrepreneurship in any way but the positive. My personal opinion though is that this is an invalid comparison, considering that pre-2015 (and even farther back) several big issues like internet monopolies and capacities to control the internet by big international corporations weren’t as widespread, and hence, the effect of any control attempted or applied wasn’t as evident as it can be currently; that is assuming that there HADN'T been quite a bit of restricting and regulating in ways we aren't in a position to quantify off the cuff.

Personally, I believe that repealing laws that prohibit restrictions only translates as intent to restrict whatever just ceased to be protected from said restrictions. Everything else is just propaganda to ease the transition to a new status quo.

Apparently, despite the FCC’s repeal, things are still not finished. There are still steps that can be taken and things to do to reverse this. I’m not the one to inform on this, but please do what it takes to protect what needs protection.

What are your thoughts on the matter?

Well said, although this is an unfair battle that has been going on for almost a decade now... only the people disregarded it as a nerdy thing not to be worried about. It's really sad seeing giant powerful corporations stepping on the people's rights so easily and blatantly now, but I guess they always have.

This Net Neutrality goes to show how the Government/ Corporation trying to back pedal and have some control over the World Wide Web. I get the feeling they under estimate how much has impact on the world and politics. And how they finally woke up and like "what tha hell is this! No more rock n roll music, this is out of control. It's giving young people inspiration and creativity! which is undoing tradition and the world as we know it! Turn off that noise!!" Wait... sorry wrong era. Dammit. For a second I thought we're in the 50's.

What can we, foreign users, do? It's just to tell me and I'll do my best. There is net neutrality in my country... yet. Since Brazil loves imitates, like a chimp, everything the U.S. does, it's better to stop it in its origin before it reaches here.

Basically ANYTHING done by the Trumpster administration is NOT going to be good for the little guy...unless that's a vertically-challenged billionaire It's the way the world is going : more for 'them' less for 'us' .

From what I'm hearing the decision may go to the courts - there is also talk of having municipalities create their own Internet Service Providers (presumably with Net Neutrality in place, unbiased like a utility - state/municipal Internet is something the big ISPs want to make illegal). The fight continues...

I think the idea is outright appalling, but... I don't think a bill like this would have even a ghost of a chance at passing because the big businesses thrive against the terms such bills pass. In other words, they need us to break their rules in order to make profit. Yes, it's not the most moral reason, but it's because of that bills like this will never pass.

Well, the short version is that this current administration is focused on turning the US into a full fledged Oligarchy (If it's not already) where the rights of us Peons take a back seat to corporate greed. That said, Unless steps are taken, we an only expect things to get worse.