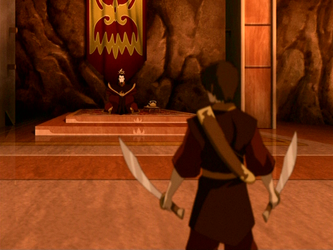 There are few scenes more dramatic, more alluring and more riveting than the moment when the one of the main characters of a story makes the Turn: the moment where they change their convictions- for better or worse.

If properly prepared, the Turn is an extremely cathartic and exciting moment for the audience- it’s the moment where a lot of the plot’s buildup gives the payoff. After the Turn its highly likely that a series of events will domino rapidly to offer resolution to a situation within the plot, or even the entire plot itself!

But when not done right, the Turn can be, well, a turn-off. The audience disengages because what the Turn tries to sell wasn’t earned, and thus appears alien, without reason for occurrence. So it will lack the emotional veracity and credence, and feel at best phoned in, at worst ripping off some other Turn in some other narrative work where it did work properly.

So how does a Turn get prepped so that it can pay off and not appear out of left field or phony?

Much like any climactic event or situation, the build-up should begin as early as possible- even from the very beginning a character is introduced. Even better if the buildup has begun before yet the audience realizes there is any conflict or issue or conundrum to worry about, and definitely before the characters do.

If a villain makes a Turn towards the more virtuous path, that has to be worked on by giving him the right motivations, head-space and reasoning that will allow him to walk on the path leading him to redemption. One of the better Turns was built over three entire seasons before it was delivered, in The Last Airbender series:

Zuko turned against his father and joined the Avatar in the end, but getting there and reaching that decision was no easy matter. He went through several transformative and development arcs before he even considered the matter; and even then, he didn’t immediately jump ship. So when he did, it was extremely rewarding and it felt true, realistic and cathartic for the audience.

The same should occur when a character starts off on the other end of the spectrum, as a hero, only to end up Turning and becoming a villain: the reasons for doing that, the allure and temptations must be strong enough to overcome any and every inhibition and compunction the character has before it occurs. And that has to be gradual, like a slippery slope, or, if it becomes in a single moment, then all the flaws and weaknesses in the character’s personality must have been allowed to manifest before that moment, so the audience can be allowed to expect such a Turn, or realize it was coming in retrospect.

What Turns do you have in your webcomic? Will there be any (no need to spoil them)?

Of course, the classic is the Han Solo comeback in the original Star Wars!

Deniro's turn at the very end of Midnight Run is definitely a favorite - as is the moment I always mention from Insomnia, with Pacino picking up his badge and charging into Act 3.

I think my plot development is too slow for really surprising turns. There have been character developments and "moments of decision" though. I guess when a character makes a decision against their "team," it is a turn of sorts. That happens often enough in Used Books but it's almost the opposite of a turn when a character turns on allies to stay true to character. Raidon does it from time to time. He has become one of my favorite characters. He's always an antagonist, but his ethics system and priorities clash with his allies and henchmen. The most satisfying thing has been when working against or in competition with other "bad guys," he thwarts them while accomplishing their goals. (That happened in a recent arc. It was my favorite Raidon story so far.)

When a good guy turns villain, I prefer the story in flashback. I find it too painful to watch the fall of someone in realtime. Better to hate them first and flashback to sympathy. The best turns are henchmen turning ally. They are super satisfying to see someone find their humanity or realize they backed the wrong horse in this race. I also like the fakeout turn or double agent (when done well). But not if the same character continues doing turns over and over. (Then can take the opposition again but please not the allies and readers. -_-) I like a well done takeout on either side. XD All good turns, like any plot development, should have clues a reader can pick up on.

Oinky has various turns I think over the course of the various chapters. CC is having a slow turn to the worse... I love it :D