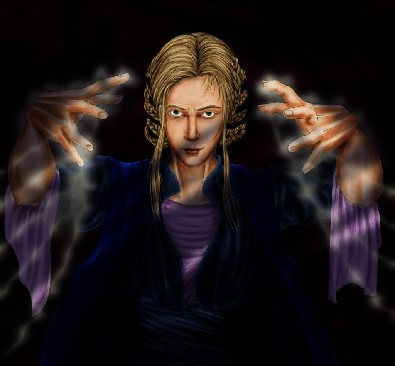 art by yours truly

It is no secret that as an artist, it is prose that I’m professional at rather than painting/drawing. And historical fiction aside, what I’m told I write quite well is fantasy. So, for a long time I have wanted to talk about writing (and drawing) fantasy, but I couldn’t really decide on the proper way to breach the subject.

Right now I’m feeling inspired (either that or it’s the smoke from the anti-mosquito coil talking) so what I’d like to talk about first is not what fantasy is as a genre, but what it means to a creator, be it comic, novel or even movie form: If done right, fantasy is an awesome immersive experience for the reader/viewer/audience, and it is UTTER HELL for the creator. But nice hell. Adventurous hell. Full of a gazillion little things you have to consider while you’re building the setting.

And that’s where the cusp of the matter is: the secret is in the setting, the world, the cosmos in which the characters will be born, grow and interact.

In a fantasy setting, what will allure your audience is going to be the world you build for them: from the féerique to the dystopian to the near-historical, what drives people to fantasy is often not the hero’s journey or the plot (though it’s a bonus if that too is spiced up) but rather the place it takes place in, its new and novel rules, the existence of magic, the weird races or the weird customs or the extremes that have become the norm in this brave new world you’ve created. In essence it’s basically this sentiment that you’ll want to try and tap on: Do you trust me? Click here.

What all the diverse examples I’ve linked to already have in common (as well as pretty much all worthwhile fantasy genre works of narrative or sequential art) is meticulousness, detail, and hours of design preparation.

Because that’s what the catch is with fantasy as opposed to other genres such as slice-of-life works or even historical fiction: in fantasy you have to make your own world, with its own unique rules, from scratch.

If you don’t, and you borrow too much the world someone else has constructed, you’re running the risk (or, some will say the certainty) or creating a knock-off. And the problem with a knock-off world is it’ll feel fake to your audience.

Note though, that I said “if you borrow too much”. Just like in all works of art, everyone is inspired and borrows from everyone else they are a fan of or enjoy the works of. There is nothing wrong with that, it’s a rehashing of the collective artistic gene pool. The problem begins to arise if you borrow ingredients without having anything of your own to add to the mix you’re making- that special personal touch that will be yours, and yours alone.

So how to go about building a fantasy world from scratch? The short answer is:

1. Have a reason to do it.
2. Know what that reason is.
3. Devise a consistent construction plan based on that reason.
4. Research.
5. Design.
6. Research again.

The long answer hidden in these steps, I plan to explore in the upcoming newspost.

So have you dabbled/created fantasy at all? If so, does any of this sound familiar? Have I left anything out that you’ve found to be important?

If you want to sell your work then for some people the "me-to" approach can work well. They go with what's popular, with what they know a publisher will understand and know how to market. I don't know what the best way to go is... maybe just make your first attempt your moon-shot: your labour of love. While you still have the passion and the energy to do it. If that doesn't work then conform to what does. :(

So do you tell the story and let that create the world or create a world and put a story in it? What is the reason for the world? A publisher's preference? (Do a Conan thing, a Tolkien thing, Twilight Young Adult thing) or your assessment of the market (Young Adult supernatural fantasy is HUGE) Or will you follow your own star? Create something only when you need it or have bulging binders full of world stuff that you will never use? Was there a need for a whole future history in Interstellar Blood Beasts? No, so one was never even devised. I had done an alternate time-line for Mask of the Aryans but only referenced it a handful of times just for flavor and some things were left totally ambiguous.

You're right Tantz. CS Lewis had a big part to play in that Potter style too... And of course Blighton and Dahl. There's a very "English" style that those people founded, as opposed to the more American swash buckles of Burroughs, Howard, CL More...

Bravo, regardless of the other writers in sword and Sorcery, people followed the Howard mold, especially Lieber, who's books I love. Not due to when it was made but becuase of what became popular with publishers at the key times in the period. Boroughs had his influence in the early days, but that was more in the adventure Scifi style, which petered out in the early 1970s.

Bravo: I'll take your word for it then XD Also, that knowledge you have about the origins of fantasy works is fascinating! I'd love to see a newspost from you on that subject. // Ozoneocean: While Tolkien is definitely seminal sometimes I do wish he hadn't been this popular, especially during the hippie movement. It does seem to have rigidified the very field that is supposed to be versatile, at least as far as what publishers will publish is concerned. Even the newest takes like Harry Potter still are somewhat bound to his chariot. In my own fantasy work I bet my Nations' names would have been different if it weren't for him (though nothing else, I believe, in terms of my content).

There was plenty of fantasy. L. Sprague deCamp has delineated it in his reviews of the genre. Tolkien set it firmly into a pseudo-medieval mileu where before it was wide open. Remember The Fafrid and the Grey Mouser also predate Tolkien. Swords and sorcery owe a lot to adventure pulp fiction which owes as much if not more to Edgar Rice Burroughs than Robert E. Howard. Conan is a relative late-comer in the mid 1930s whereas John Carter of Mars goes back to 1912.

Before Tolkien was so influential with his take on fantasy the field was a lot more varied, there just weren't that many writers because the market wasn't ready and publishers weren't interested. The other big influencers was Robert E Howard with his sword and sorcery. A few other writers followed that exotic, eastern style, but he was the one that influenced future writers. The important thing to realise is that it's not just the writers that created the field it was the publishers who created, curated, and dictated the market.

Some mixtures are more obvious than others ranging from rip-off to unworkable reimagining to magnificent. And often all coexisting within the same series. ;) And heavens forbid a film art department gets a hold of it!

Tantz: not worth it. ;) You'd be better off reading the Anglo-Saxon chronicle to see where Tolkien got all his names. There was even a Saxon king who bound all his liegemen to him with rings who was called "The Lord of the rings " Some fantasy is more firmly bound in history than we realize, just have to find what the author was researching. :D

I'm with all of you, the thing here is that we receive influences from birth. And these influences are everywhere. That's the way we are (at least, if you're a human being) but like Tantz_Aerine says, the main idea is to make the concept yours. So, give the best of you for the actual project in which you're working right now, don't keep things for a "best" work because your best work is here and now, so put your entire soul on it.

ΚΑΜ: you win my friend.// Udyr: for sure!// KimLuster: Agreed! I do think that most of the things have been already thought of one way or the other but the idea is to make the concept yours. Like fingerprints, all are similar but none alike so to speak. // Ozoneocean: yes that's very true- Tolkien is kinda like fantasy's Homer at least as far as western fantasy goes. Still, I have seen original iterations and interesting spins on a lot of his 'original' lore (I'm putting it in inverted commas because basically he gathered up pre-existing lore to organize into his LOtR cosmos). //Bravo: That's awesome man! Might even entice me to give the later books a chance.

"So how to go about building a fantasy world from scratch?" Don't rush it. Take the whole six days.

The best imo is try to think of a story and take it from there. Usually what makes me like fantasy stories are the designs, characters and not nessecerily the journey itself. To try come up with ideas and to deal with it in your own way- in the end it might have some original fragments here and there :)

Ha, yeah, I've come up with some ideas I swore were original, but a quick google search often indicates somebody's beat ya to it!! I think the trick is to take an existing trope and just put your spin on it!! Stephen King's Dreamcatcher took Aliens to a place I'd never imagined!!

That said they're filtered now as copies of copies... Dungeons and Dragons then World of warcraft etc

Lord of the Rings was a giant influence of fantasy... after that a lot of writers copied the format and/or the "races" because readers wanted more stories set in that world, they craved more dwarves and elves and orcs... so now those Tolkien creations are firmly based in most fantasy. -And no, none of those things come from Norse myth or anywhere else. For Tolkien they did but modern fantasy all used his versions, with few exceptions.

Each of my comics has involved world-building. Attack/Battle of the Robofemoids and Tales of SIG build upon the same world. And Sword of Kings takes place in that world's distant past. Whether it's magic or faster than light travel it's still world building.

Great topic. So funny when I clicked on "knock-off" and "Eragon " popped up! That's how I came to Drunk Duck! I was involved in Eragon anti-fandom and someone suggested I try DD to put my fantasy! (I am safe in saying he liberally borrowed from some of the stuff I wrote about pre-modern warfare in the Dragon sequels. Ever read something and were positive that you were reading a paraphrase of your own online comments? Well Paolini did graciously his fans and anti-fans for their help in making his later books better)