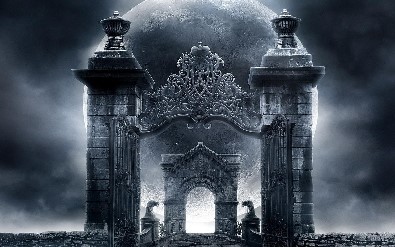 Every building needs a skeleton in place before building begins, so that the end product will be sound. It’s no different with fantasy world building: before you begin gathering and using your story’s bricks and mortar (= the research) you need to have the world’s skeleton, or rigging, firmly in place.

The reason for that is that you will be able to not only make your research more efficient, but also more guided and focused on the areas that take precedence in what you need to know to deliver the fantasy world your story needs.

By the above example, I hope I’ve illustrated the main risk of not having a rigging: the world is full of amazing facts and information, and if you don’t know what you absolutely need to at least get started on researching for your fantasy world, you will likely be lost in a wondrous but procrastinating sea of coolness.

Of course, you don’t want a rigging so strict that you can’t allow for researching things you hadn’t anticipated but are very useful to your world building. For example, when I was researching poisons for my fantasy world in The Art of Veiling I came across a very interesting bit of information on how poisons from the same type and species of animal (namely snake venom) react differently when harvested from animals from a different continent and counteracted by the correct, yet indigenous antidote. It made the conflict (and resolution) that I needed for a particular scene much smoother than what I had resorted to before knowing that fact. And since I didn’t know that fact, I wouldn’t have been able to look for it- I came across it simply because I wanted to research “facts and things to be aware of regarding natural poisons”, rather than “list of symptoms and antidotes of natural poisons”.

So how do you construct your rigging in such a way that you keep yourself disciplined to what you need to keep focusing on, but while keeping it flexible enough so that you can encounter the information you need as inclusively as possible?

You start with the answer to your question of “why do you need fantasy?”. Whatever the answer is, that is where you begin elaborating with more questions:

These five questions will be your research’s five trajectories, along which you will be making your queries and gathering up the information that will set up your world.

Question 1 will make you focus on the one thing that will make your fantasy world unique (be it the magic, the nations, the systems or the races, the agents of good and evil/ chaos and order, or anything else): it will help you get started on knowing as concretely and clearly as possible the one element your fantasy world will revolve around.

Question 2 will yield the set of natural (unbreakable) rules that all your characters will need to abide to consistently to make your world believable and bolster suspension of disbelief. These rules include all exceptions and/or extra rules that might initially appear to be breaking the customary rules as your story will develop.

Question 3 will help you make your world appear lived-in. This is where you will research the ‘everyday living’ elements that will not necessarily ever take center stage in your story, but will exist enough (e.g. in a turn of phrase a character uses, in little details they brushingly allude to, or a setting they may interact in) to give your readers the impression that the world isn’t just a propped up stage, but a living, breathing entity in which many more stories than just the one you are telling are potentially taking place. (needless to say, this is where the biggest bulk of research is going to happen)

Question 4 will help you organize your world and its size. Your story will guide you as well- do you need a huge world with several kingdoms and a range of species in order to tell your story, or will a single prairie with a single main species in it be more suitable?

Question 5 will help you organize the societies within your world. The reason I’ve listed it as last is because if you have done your work well in the previous four questions, it will mostly answer itself as to how your societies have developed and govern themselves. If you need fiefs or large pieces of land owned by a few lords, you can’t have a democracy, you need some sort of feudal system, so you will research that. If you need big political discourse and a niche for demagogues, you might need anything from a democracy to an oligarchy to a monarchy, depending on what your demagogue needs to do in your story. And so on and so forth.

And there you have it! You are now ready to begin researching. As you research, you might find that you need to readjust your story or your rigging, but more on that next time.

Great methodology for world creating. Really breaks it down into a formula.

This is so very helpful!

Thank you for this tips, they will help me a lot :D