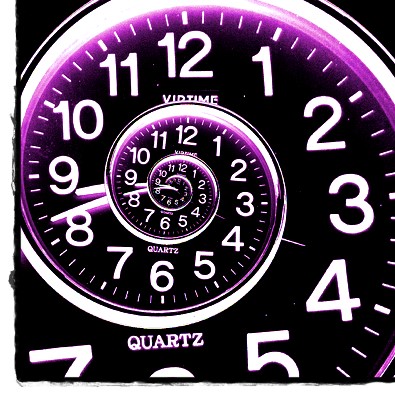 Right now I’m drunk. So I can’t write about the final part of Jung’s Archetypes. Mainly because I don’t want to and can’t make myself.

So instead, I’d like to talk about flashbacks, and methods of depicting them in comics.

A flashback, of course, is a virtual bracket in storytelling: the current timeline stops, the current action stops, and we’re taken to a point in the past, to watch and experience something else.

A story’s timeline and progression should be respected as much as a train at full speed is: it can’t, shouldn’t and won’t be stopped with impunity. So if you do decide to stop it, it should be for a damn good reason.

A reason so sensational, so pivotal, so vital to the story, one that has to be experienced rather than told, that its sheer emotional and narrative impact will be enough to make your audience forget that you stopped their story’s train speed.

Therefore, flashbacks can be a double-edged sword- they can be powerful story telling devices, but they can also be the bane of a comic, breaking up the time and sequencing to the point where the audience is lost or just loses interest.

In my opinion, the proper way to do a flashback is to incorporate it in the current story in such a fashion that it adds to the current timeline as well as inform the audience about experiences or events of the past.

For example, a character experiences the flashback in the form of a panic attack, in a social context that creates reactions from other characters and advances the story or their interactions in some manner.

Or, a character experiences a nightmare that relays the flashback but also in a ‘tint’ or manner that also signals to the audience what that flashback’s experience means to the character in question.

Or, the character experiences the flashback in the form of a memory being triggered by some sort of stimulus, like a smell or a sound or even a piece of dialogue, thus linking the character’s imminent reactions and offering context that otherwise the audience wouldn’t be able to infer or be privy to.

Visually, the way I’ve found to work for comics, is to simply choose a different color coding or linework style specifically for the flashback segment. Whether it be sepia tones in a full colour comic, desaturated colouring in a more saturated color scheme, shading/non-shading in a comic that normally employs the opposite method, all it takes for the flashback to be immediately interpreted as such is a consistent break, or deviance, from the comic’s normal format.

If I weren’t inebriated I would be more conscientious and provide examples to all of the above.

But I am, so I hope you get to contribute yours in the comments.

I do them all the time, but I probably do them poorly. :-/ I prefer to frame them with a character relaying the story to someone else. Often it includes a different character remembering part of the story unseen by the other. I tend to put in entire story arc flashbacks when I need a break in tone. I also like a single panel or single page flashback for characters recounting more recent events. It doesn't break the story flow in the latter case as much as preserve it. (In which case putting the event in at the chronological point would have messed up the flow -- hence having a character summarize/recount.)

Fashbacks are difficult for authors to do correctly. In the same way that ears, hands, perspective, or foreshortening are often hard for an artist to get right so they will just fudge them and hope the audience pass over the issues, it's exactly the same with flashbacks- although the author usually doesn't realise how bad hey are at them. Flashbacks when not written well (most of the time) are clumsy and nothing more than road bumps in the story flow. When done well you don't notice the massive gear change and awkward pace change that normally accompanies them. Out of the few really good examples I can think of are stories like Wuthering Heights, that are made up of many overlaying flashbacks, where each different character story or view back in time is just more and more interesting story progression rather than a boring break in the flow that you have to wade through till you can get back to the main narrative.

Good article!! The way I've done flashback in the Godstrain is to do 'borderless' panels - the various flashback scenes sort of fade into each other... I thought this depicted the murkiness of memory... sorta... but yeah, I think we kind of impulsive know we should make flashbacks distinctive!!

I'm trying to think of a flashback that didnt work for me - I'm sure there are tons of em! The non flashback is usually better I think - where the history of and between the characters is alluded to but not shown, so we see their pov on things rather than seeing the actual history play out. There were some brilliant ones on Breaking Bad and now Better Call Saul that illuminate the characters and show how they've changed over time. I dig the short, silent flashbacks that Chris Nolan uses in his movies. Just a soundless flash...it feels like memory often feels.

Eh, I wouldn't call that a flashback. That's an alternative narrative progression in my book.

I go with the axiom "Spring forward, fall back" Not only does it tell you about Daylight Savings time but it also means: only do a flashback, if it propels the story forward.

Well there are plenty of stories where the whole thing is a flashback. You know beginning with some intense scene and then stopping it with narration like "you're probably wondering how I got here" and then going into the hour before, then 3 hours before that and so on. A reverse narrative?

That's what I said a flashback should be doing. But you understand Morgan that the pitfall is pretty much the same one as in musicals- the story runs the risk of being stopped for the number to run. A flashback that isn't properly handled is a mini story within the bigger one, and in order to tell it, you need to stop what you'd been narrating up to now, to go back and tell something else. That is NOT playing tricks with linear time. What you're thinking of with linear time alternatives is another ballgame altogether and doesn't involve flashbacks. A flashback is something a character experiences, not the narrative course in and of itself.

I don't understand the idea that a flashback grinds the story to a halt. The information in a story propels it forward. The author playing tricks with linear time does not stop the flow of information, so the flashback should still contain information that propels the story along.