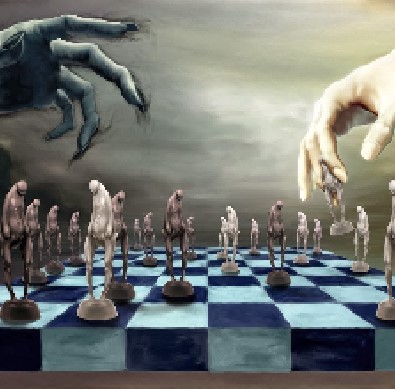 So we come to the end of this long litany of presentations on Jung’s assorted archetypes that craftsmen of the narrative arts have used since time immemorial to weave their yarns.

And what better way to end with the crowning jewel in every story, from books to movies to comics: the characters.

A story is carried on the shoulders of its characters. If they are not engaging, if they are not interesting, if they don’t build a connection with the audience, then the story itself is crippled, and has diminished potential (just look at the difference between the movies Casablanca and Barb Wire- no really, compare and contrast. I’ll wait.)

So what has Jung to offer us in terms of Archetypes, patterns of behavior, motivation and orientation in a character that not only sets the basis for that character’s development, but also affects the type of plot that is going to unravel?

The categorizations have varied in terminology, but they still remain the same in content. Keep in mind that these are archetypes- in stories that feature complex, three-dimensional characters, more than one archetype might exist and blend into with others. Think of archetypes as colors in a palette- we generally don’t use just one to get the perfect hue.
So what have we got?

The Innocent: This is the character that starts off inexperienced, pure and naïve. They usually know nothing of the world and its various dark underbellies. Their goal is to live in happiness and experience happiness in others. Their journey begins when this state is threatened or somehow disturbed or ruptured. Whether the Innocent remains so, is part of the story itself to manage.

The Orphan: This is the character that seeks to belong and find purpose. They may be actual orphans, but they also may be outcasts or marginalized in some manner, seeking to find some way to fit in and become part of the greater whole of their society and world. Their journey often is an exploration of these attempts and efforts to achieve this harmony and belonging with their environment/ social circle/ desired social circle. Often, this very need is also their biggest weakness.

The Hero: This is the character that has a need to prove themselves by prevailing over obstacles. Winning over life’s hurdles and various antagonists in the story is a great motivation for them. They may be doing it for an idealistic purpose or they may have different reasons for being fighters, such as profit or popularity/acclaim from their peers.

The Caregiver: This character tends to be the one to look after others as a priority. They are very likely to have traits such as altruism, self-sacrifice, protective instincts and selflessness in general.

The Explorer: This character roams. They usually have rebellious motivations and tendencies, but also they tend to choose the ‘flight’ option in the ‘fight or flight’ response. They are the ones less likely to offer resistance or make a stance and more likely to leave to avoid confrontation and avoid oppression or any kind. Their journey may involve having to deal with a situation that cannot (or should not) be resolved in such manners. They also tend to be the curious ones, the inventors, the ones who seek answers to questions, and that may also be an important element to the story.

The Rebel: This character will not tolerate what they perceive of as wrong or inappropriate. Conformity stands in direct opposition to them. They will not only buck the system, they will seek to destroy it in order to change it for the better, whatever they perceive that is. It is no surprise therefore that often the Rebel is the antagonist, the villain of a story as much as they can be the protagonist. The means of the Rebel often define where on the spectrum of ‘hero vs villain’ they stand.

The Lover: The main trait of such a character is devotion. It doesn’t have to be with another person, it can just as well be with something abstract, a project, even a landmark or a place. Passion even to the point of infatuation saturates such a character, and all their motivations stem from the object of their affection. Needless to say, again as in the Rebel, many antagonists are such characters to at least some extent.

The Jester: This character would be the class clown- their motivation is to create enjoyment, experience and share joy. They will invest their energy in relevant goals and shy away from situations and issues where enjoyment is hard or impossible to have. Often the Jester is a character’s outer shell, and the story will work to shatter it to reveal the deeper properties of the character within.

The Sage: Often this character is the info-dump character and the plot device, which in my personal opinion is a terrible waste. The Sage is the wise one, the one with the experience and the wisdom to offer guidance and provide solutions to problems. The Sage isn’t necessarily an old man or woman. They can be any character that values logic, strategy and knowledge as their compass through the world. Often in a story, the Sage is challenged with uncharted territory one way or the other, and perhaps the indecision involved with it.

The Magician: This character often serves as the catalyst in stories- they propagate the plot by being the ones with the connections, the ones with the means or the cash, the ones with the obscure links to the occult or other sources of provisions and tools and capacities for the characters to achieve their goals. A hacker, a wizard, a librarian or a rich friend can all be the Magician in the story.

The Ruler: So many incarnations of this character in Game of Thrones… The Ruler is a character that handles and manages authority over others, be it a country or a hamlet or just a circle of friends or a gang. They tend to be the ones that delegate and call the shots, or desire to be in a position to do so within the constellation of characters. It goes without say that there are innumerable villains (and heroes) that fall into this category, and entire story arcs with the end goal of producing a Ruler or some sort.

And there you have them! This is the main palette according to Jung, and we have finally come to an end with Jungian Archetypes!

How many of them do you detect in your own comic characters?

This has been an incredible series of articles!! And more than a bit nostalgic, as I used to study and read about this stuff all the time... I must say, though, that you brought to light many things I never thought about, and way to apply them!! Very good stuff - Thanks!

Interesting. I believe I have accidentally used a few of these. Some of my characters are two or three of them. :P

I wonder which characters WE all are here on DD? What characters have we ben as we've grown and changed with this site? I think I started as an innocent, moved on to Jester, grew into the role of caregiver and sage and then became a ruler.

Phenomenal stuff! My comic is packed with jesters, with some rebel and orphan in there too. I'll be revisiting these posts a lot! Plenty of good insights and assistance while coming up with characters and stories!

Jungian archetypes and the major arcana in a Tarot deck. ;)