Dialogue is a Paintbrush 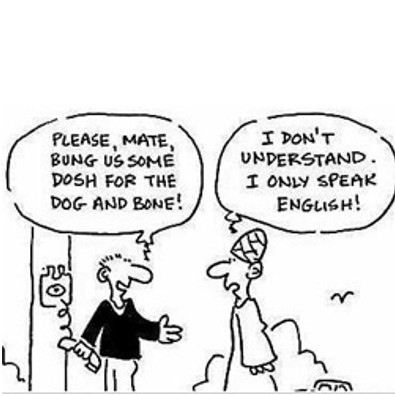 In any work of art where storytelling is concerned, dialogue (should) play a central part. The relatability of the characters hinges on how they behave, and a lot of that behavior is verbal, especially in movies, theatre and comics (but also books. And everything else.)

So how do we create good dialogue that will engage our audience and make our story’s characters relatable?

Here are some rules (principles?) that I have seen work for me:

I’ve often said that I know everything there is to know about my characters in my comics and books- where they come from, their childhood, events in their life that marked them, their personality and how they react to things. I know them as if they were part of my family. There is a reason for that (other than being exacting as hell): by knowing a character so well, his/her dialogue will reflect his/her own tone and voice. Turns of phrase and ways of expression naturally become unique to that character, while others just as naturally become no-no’s, things he/she would never say.

For example, Basil doesn’t naturally cuss because he's a prude that tries to control his own self to a painful level, and cussing is loss of control to him. He always uses correct grammar, and he is always infuriatingly cerebral and argumentative (as befits a lawyer) even when he’s angry. On the other end of the spectrum, Diomedes is still in his forming years, flares up easily, cusses frequently (for the levels of the era) and doesn’t think before he speaks (or acts). I could just list their lines, and it would be easy to match who say what between the two, because they are so distinct in my mind. They don’t sound the same anymore.

2. Allow your characters to use their words to both reveal and hide their intentions.

We speak to communicate, but we also speak to put barriers and conceal things from our interlocutors. Characters will do the same. Not everyone wears their heart on their sleeve, and many just cannot. Characters will not always say what they mean, they may beat about the bush, they may be consciously or unconsciously deceptive. Dialogue should reflect that about them. Relating to the first point about their personality, some characters will be blunt and straightforward, but others will be indirect, passive-aggressive, or just refuse to express what they think. They may talk a lot and say nothing, or talk very little and say a ton with just a phrase, depending on who they are.

If you pay attention to how we speak, and tried to faithfully transcribe that to paper, it would make for terrible dialogue: we repeat things, there are grammatically incorrect sentences, non-sentences, stuttering, we forget what we were saying, the lot.
Dialogue in creative work cannot do this, unless it is used to demonstrate a specific emotional or mental situation a character is in, because it would be tiring and it would make the audience disengage.
In all other times, we put in a concise nutshell what the character intends to communicate, trimming down what would be 2 minutes of round-about talking in reality into a second’s sentence.
Reading out loud the dialogue helps smooth it out and fine tune it.

4. Have characters talk about the issue at hand or a mundane task, but while they do it, demonstrate who they are.

How we go about problem solving, things we are willing to do to get to our goal, compromises and rule breaking, all of that speaks for a character’s personality and where they stand. It’s a far more efficient and visceral way of showing the audience who your characters are, rather than have them talk about themselves (which often in real life too is not too reflective of one’s real personality, except in that one loves to talk about oneself).

In WM, when discussing how to resolve the problem of Fotis being in the hands of the Nazis while he is the only one who knows the secret of where the microfilm is, both Orestes and Basil (the main antagonists in the scene) show elements of their character and personality. The problem at hand is just the excuse for me as a creator to show where both of them stand on the moral gradient.

And that’s it for me! There are of course other elements such as lingo, accents, time and place indicators, and so on, but these above elements are the most important for me.

How about you? What works and what doesn’t work for you in dialogue? Do you ever use any of the points above?

So what is the guy in the cartoon saying?

Read lots of Mark Twain. Twain had an amazing ear for dialogue.

Oh, and nine out of ten times, if my dialogue is falling flat and needs revision, it's because it's too centered on moving the plot rather than on character reactions and thinking. Dialogue can't be driven like a car but guided like a sailboat. The goal might be a conclusion, a mood, or an action, but the characters have to behave organically and guided toward it.

Interesting dissection! I love writing dialogue. The main reason I started writing scripts was because my prose was tediously dialogue-heavy. I confess that I don't put all that much thought into it. I get into characters' heads and just write. (Then I edit edit edit for conciseness and tone and swap out phrases to fit speech balloons and page layout.) My hobby used to be acting, so I probably have a little scripting voice in my head. Script dialogue isn't the same as novel dialogue. I was actually failing at the latter because of a natural inclination to the former. :P

Awesome post. Great points in there. I am still sorting out what not to say in character dialogue. That's a great point about digesting several minutes of um and ahs and fragments into one sentence. But some characters would still speak in fragments because that's who they are.