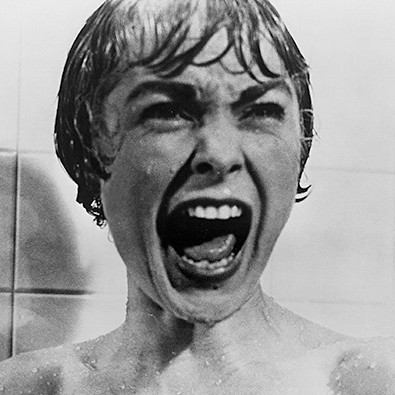 One reason why the movie Psycho is so iconic is, aside the expert directing and artistic cinematography, the fact that the one we’re led to believe is the main character of the movie gets brutally killed in the shower quite early into the movie.

What did killing her off achieve, when it was done after the audience was lulled to think she would be our projection, our avatar into the story and the movie’s environment?

1. It jarred and shocked us
2. It made us experience fear with our guards down (in the assurance that at least in the early stages of the movie, she wouldn’t be killed off)
3. It made us take the movie (a thriller) quite a bit more seriously- the level of insecurity and threat was cranked up
4. It imposed the ‘anyone can die’ rule so vividly that it potentially could get away with protecting any character without coming across as those characters sporting ‘plot armor’
5. The drama was enhanced through and through.

All of these elements are achieved much more powerfully when a story can disguise a character as a main one, when in reality the main one is someone else. This technique is also called “false protagonist” or “fake protagonist” for those who wish to research it more.

A main character comes with a few presumptions for the audience: The most basic one is that such a guy/girl is likely to endure threats and hardships (especially life threatening ones) through at least ¾ of the movie’s runtime, otherwise the story won’t be able to continue. Audiences are aware of that, and so they feel a sense of security in letting down their guard as far as the main character is concerned, and not be too scared that he/she will get the axe, no matter how great the threat or the aggressor.

So when they are led to identify as the main one a character that isn’t, this assumption can be easily shattered without the story losing one of its inherent functioning devices, and the audience be thrown from their balance (and possibly any predictions they may have about how the story is going to advance). They’re also unlikely to forget it easily, as an experience in the story, so their concern for every character in the movie (or comic, or narrative) will be further enhanced by their (now very valid) uncertainty whether even the main character survives.

If that is achieved, the audience is more likely to remain engaged emotionally and cognitively throughout the movie, or comic, or novel.

But how to create a decoy main character?

The first method is to showcase him/her a lot: In a comic, give him/her closeups. Give him a unique character design and make him/her ‘pop’ in the comic page layout.

Another way is to give him/her a leading position. Have him/her offer advice, give guidance, lead a group or in any other way be important and central to enough situations in the story to create the impression that he/she is the protagonist.

It goes without say that you have to make him important to the rest of the characters- make them seem dependent on him for initiative or for leadership or for balance.

If you can, do all of the above. At the same time, groom your actual main character just as meticulously, but a step back in terms of the spotlight your decoy enjoys:

Or perhaps your actual main character possesses a lot of the decoy’s virtues but for whatever reason opts to stay in the sidelines or feels too shy to take center stage until the decoy is eliminated (usually by death, sometimes by having the decoy become the main character’s antagonist).

Throw your audience for a loop, and use the decoy as a springboard for your main character’s (and the general cast’s) personality development while you’re at it!
Have you ever used a false protagonist in your comic?

And you know Psycho does it twice. Martin Balsam's character also got a set up as a protagonist before he gets pushed down the stairs.

Monty Python fooled with it a couple of times with introducing characters and then the voice over would dismiss them and the camera would pan off them . In the science fiction sketch they return at the end as the heroes and chide the narrator. I have a bunch of scripts and outlines with fake protagonists but I haven't produced any yet. The closest was in Interstellar Blood Beasts where several characters are introduced to the reader and then suddenly killed off. In fact the readers were surprised at what happened to one as they expected him to be a protagonist as opposed to victim.

Decoys always drew me into a story because I find it always to be good writing when you convince the reader of one thing, but then do the next. It takes a very skilled writer to trick the reader.

Honestly, I've seen a "decoy" protagonist set up at the beginning and then change after the first or second scene. (They do it in video games a lot. Sometimes you have a "tutorial character" or open playing as a villain or as the story's first victim.) But if it's the person you follow and relate to for over half the story, they aren't a decoy. They are a protagonist. Stories can have more than one protagonist. Maybe the author doesn't see it that way, but that is the role in the story and the effect on the audience.

A decoy hero might also be served by setting up some kind of flaw and a character arc that looks like it's beginning - but that can be s letdown to an audience if not paid off. Maybe the thematic stuff is set up by the decoy, then continued by the actual Protagonist, or the arc/flaw can be started by one character then continued by another. It's all in the execution ... it can be gimmicky and lame, or really cool and surprising, depending on how it's done! The decoy hero strikes me as a neat but tricky one to pull off (though maybe more doable in a series or comic, it's still a device I can't think of many examples of)!

Most of our first issue has been given over to two false protagonists. We had been trying for some time to figure out where to start given we have a sizable cast we'll be playing with from here on out. We didn't want to overwhelm everyone with, "Then there's this character, and that character, and this planet,". We wanted a chance to ease people into the universe before laying down any heavy intrigue. Hence, our boys Marcel and Wainwright were born. There was also the fact that so many sci-fi stories begin with showing how scary the monster is such as Doctor Who or Stranger Things. So we decided to slightly subvert that and pull a 20 page fake protagonist move. A monster has more impact when you care about what happens to the characters it takes. As for more fake protagonists? Well it's hard to say if we'll pull that again. The cast is big and varied with at least six being the key players. But it has been a fun exercise. :)

Banes: ohhh sounds very interesting! // Ozoneocean: I've always maintained Fotis is the main character (for now) >:) It's not my fault if people didn't believe me! // Usedbooks: Thanks! I also get very attached to my characters. But if in the story they have to go, then they go. I cry and grieve, but they go. // KimLuster: DO IT!!!

Interesting!! I've never made this sort of character!! I shall have to try this!!!

Interesting article. I don't care for the device. But I'm a weirdly sentimental idiot who forms empathetic bonds to entire casts. I avoid stories where many (or likeable) characters die. I just finished Rewatching a series I love where the protagonist saves everyone including the (quite evil) antagonist. I love that stuff.

This is all about Basil, isn't it? You Game Of Thronesed us XD We're going to have to write an alternate version where the bullets miss and he goes on the run instead :D

Awesome article! I co-wrote a screenplay that did this - the apparent Proragonist turned into an Antagonist, while the "jerk boyfriend" you expected to die turned out to be the actual protagonist. It kind of worked; still needs more drafts to smooth it out.