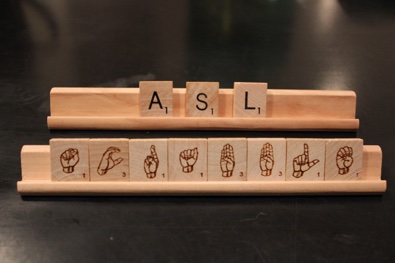 Does anyone remember the early days of the Internet in the mid-nineties, where a majority of online interactions took place on and Internet Relay Chat (IRC)? I was only ten years old when I was first connected, and it did not take me long to learn that saying 10/f/Chicago would not make me look as cool as when I would say 13/f/Chi-town. I knew some of my older friends would take it to the extreme and pretend to be 18 year olds and try to appear book smart as they spoke to actual adults.

The Internet is a scary place, you know, and do not believe everything you read at face value.

Eventually, I figured out that people on the Internet tend to tell half-truths in order to create an idealized persona. Of course this idea applies to chatrooms or forums, but is it possible to hide one's age on a webcomic host site like Drunk Duck? Is it possible for a reader to tell a person's age by their drawing style? In some cases it is difficult because there are really good artists in every age bracket.

A topic once discussed on a Quackcast was whether it was possible to guess the gender of the artist by the way he/she draws. In the end, it is down to general preference whether an artist wants to draw curvaceous figures instead of angled ones.

Our community is pretty diverse and we always get a steady stream of newcomers making new comics. I wonder if anyone has created a different online persona from their real world one to connect with more readers. Until then I am going to remain a 32/female/California online and offline until next time!

LOL Oz, I wish!! And I get that desire for some distance. I've had some, let's us just say, bizarre online interactions before. At little impersonal-ness can be the ticket sometimes...!

Actually this reminds me: I started using my TA logo from Pinky TA so I'd have more of an impersonal online profile. I use the same avatar on almost everything. I only changed my Facebook on to a painting of myself (by someone else) relatively recently. I had gotten tired of being too personally linked to my online presence and I wanted to distance myself somewhat: I'm Ozoneocean, admin at DD, rather than Ozoneocean/Michael John Morris the artist. Not all online interactions are positive, especially in this sort of role, and it felt better to me personally to have that sort of distance that's implied by a neutral image with no quirkiness or personality.

I love posting pics of myself online XD @Kim, you basically are Gina Carano.

I've always been way too open and honest online. Which means, yes, the people who were sending private "cyber?" requests knew they were speaking to a 13 year old girl. Because the internet is creepy, and it used to be even creepier (but with less photos). I take enough selfies (at least in recent years) that there is no doubt what I look like. I take selfies in my pajamas while holding various animals. And I stopped dying the gray out of my hair. Honesty is cheaper. Life is short, and pretense is time-consuming.

I do own and wear shoes like the one in my avatar. The rest is all fiction. XD

"We all wear masks, metaphorically speaking"

Plymayer: I had considered it for the Belle's Best stuff using her name and avatar.

I thought up the name M.Organ as a fun name for adult stories years before I started writing/drawing them. When I first started using it I was more or less myself. Then I chose an avatar to use in cartoons involving the other cartoonists on the a.b.p.e.c.o-a newsgroup. The persona of M really developed when I did a series of cartoons based on the movie title Crouching Tiger Hidden Dragon.So M is now partly me and partly a character.

I had Pinky for my avatar for a while on DD in a misguided attempt to advertise my comic. Everyone just assumed I was female and refereed to me as Pinky! That was absolutely not my intention, but it took me a while to work out it was because of the avatar XD

bravo1102 - Maybe you could create a female login here and do a comic as her. Maybe folks would be more interested in the action figures? Male/female your comics are great.

They were. Then came bravo.

We are all people of many masks. A lot times people will go with the implied gender of a user name or avatar and ignore all evidence to the contrary. About 2002 I created a female web persona to test the concept that people would be more forgiving of a woman in internet debates.

If you study the person for long enough, they will leave clues (intentionally or not) as to gender, sex, age, etc. A lot of that depends on the personality though. A feminine male could come across as female. Age could be determined somewhat by how they communicate.

Before the "internet" we had dial up BBS (in the mid and late 1980s). Some messages could be sent around the world using things like the fido nets (and others). Kind of hit and miss. Sometimes took days for a response - if ever.