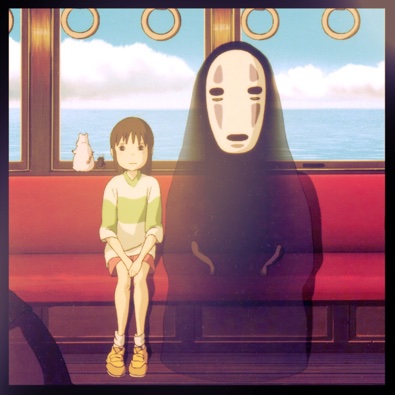 I was driving home from work this evening and an unusual, rather old fashioned looking car with bright high beams began following me on my route. When I made a turn, I looked in the side mirror and it appeared to look like a hearse. I nervously watched it through the rear view mirror and hoped it would not follow me home until it veered right and entered a neighborhood community.

The event reminded me of an episode of the Twilight Zone titled the “Hitch-Hiker”. In the episode a twenty-seven hear old female is driving down a highway and continues to pass a hitch hiking stranger multiple times on the road. At first she believes he is out to do harm to her, until she realizes the harm has already been done and the stranger had been the personification of death the whole time waiting for her to come to terms with her own passing.

Sometimes stories include the personification of Death, like Brad Pitt in Meet Joe Black, or the Crow in the movie with the same title. The idea of a psychopomp is intriguing to me because it takes me back to Greek mythology and how the boatman would guide spirits across the River Styx. It is also interesting to see how creators base the design of Death personified as it is not something we have experienced first hand. It appears that the personification of Death is always a kind, familiar face. It is the type of character that someone would want to meet in the afterlife.

Can you think of any examples of the personification of Death in a comic? How about on Drunk Duck (Yes, you can plug your own comic)?

Let us know about any good comic examples just in time for Halloween!

I like the Dullahan in Durarara. It's a cleaver version of this type of character. Traditionally they're a horseman or a coachman, all in black with a black horse and they carry their own head under their arm. Apparently... But the Durarara version has made her way to the present day. Her horse is a motorbike, and in order not to freak people out she forms her substance into a helmet where her missing head should be. It's cute and cool.

Monty Pythons the Meaning of Life. There's a Mister Grim at the door and he's here about some reaping--

Wow, a 442 bahamut pages book! It'll take some time to catch up ^^ Can you think of any examples of the personification of Death in a comic? How about on Drunk Duck (Yes, you can plug your own comic)? I'm not reading a supernatural title at this moment in DD, so I can't name it. But when someone talk about Death personification in comics, it reminds me Death from Sandman...

Crossoverkill centers on Death avatars from multiple universes (including Steve) (http://www.theduckwebcomics.com/Crossoverkill/). I've always been a fan of the Death from Neil Gaiman's Sandman series.

And then there's always Enma Ai : the Jingoku Shoujo. Want to try dying just this once?

I looked through a graphic novel a while back, about Marvel's Thanos (an almost onmipotent dude who's in love with the personfication of Death and commits genocides as presents to her to show his love... Yeah, I know...) Anyway, Death appears to him as a small innocent little girl and it troubles him deeply... That stuff rocks!

It's hard to top Steve from Life and Death as the best Death, although after borrowing him over and over again I finally started developing my own Grim Reaper for The KAMics. I don't think Hela beats Steve, but she's fun in her own wacko way.

Years ago Al Schroeder of Mindmistress started a thread for a list of webcomic Deaths & Grim Reapers at the Crossover and Cameo Archive forum http://dragoneers.com/forum/viewtopic.php?f=7&t=3995

The Hitch-hiker was originally on a radio show called Suspense. Years ago I was in a dinner theater production where I played the driver.

Love this article, and your story about the old fashioned car following you - shivery!

What kind of hairdos do these folks have? Psycho-Pompadours! heyyooo!

The cheerful goth version of Death in the Sandman comic was neat. A dude named Zane kills Death and then takes over his position - in that world (the Incarnations of Immortality novels), Death is an Office that a person can hold. The show Supernatural has a complicated system of Reapers that usher souls to the Afterlife, and a nigh-Omnipotent cosmic being called Death who's vaguely in charge, older than time, and enjoys Chicago deep dish pizza.

There was a comic story in the old DC Weird War anthology called "The Face of Death" where a Civil War sketch artist is trying to capture the face of battle. He keeps going closer and closer into the action until he gets shot and sketches the face of Death, which is blank and ends with that ambiguity. Is it blank because you can't see it if you still live? Blank because in the end the face of Death is your own? Still was a good story with some that detailed superb art DC war comics were known for 40 years ago.

@usedbooks: the episode you refer to is "The Hunt" Can't have a dog in that other place but there's fine raccoon hunting in heaven. I'm kind of fond of that ancient 1934 film "Death takes a Holiday" because it pulled together a lot of the tropes we all know today. Fredric March would make a great Death just as he did DR. Jeckyl and a million other roles in his long career.

I love Twilight Zone. I remember all of those episodes. (And a couple other "afterlife" episodes without a death character.) I really enjoy the calming optimistic take on the afterlife (the episode with the man refusing to enter heaven without his hunting dog was lovely -- maybe a touch too sappy). There is an episode of the (newer) Outer Limits where a man has been dodging death by medical procedures and it is trying to claim him. It presents itself through electrical disturbances. Never appears personified, but is an intelligent force. The best "Death" is the Death of Disc World. He is mostly detached but has amusing quips and insights into mortality -- and at least three books where he's a main protagonist.

http://www.theduckwebcomics.com/Life_and_Death/ http://www.theduckwebcomics.com/A_little_more_humiliation_/ Death and Psychopomps are presented in many ways, even within just one faith. You can have different people doing the same job. In Greek mythos, Charon was one, as was Hermes, Thanatos, Macaria and more. Then again, the Greeks did a good job of absorbing other Pantheons into their own, and Assimilating their gods into the Greek ones. Death can appearin many forms. I like the TV series "Dead like me" where all the main cast are dead spirits acting as psychopompts for other souls who are not in the ballence.

There were at least two other Twilight Zone episodes with Death personified. One as an emotionless bureaucrat (One for the Angels) and another as a wounded cop played by Robert Redford (Nothing in the Dark) As someone who's studied NDE (near-death experience) and come DAMN close to getting killed, Death will have a friendly welcoming face because it is not something to fear. It'll come for you in its own time and no one ever gets away. For a good film about the person not knowing they should be dead, see the great low-budget horror movie Carnival of Souls (1962)