Depicting Cultures Different than Your Own 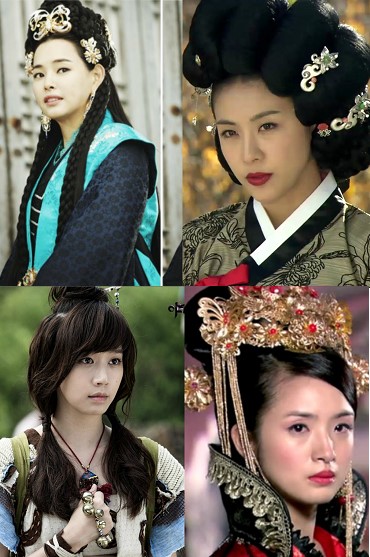 Depicting a culture different to ours can be a tricky process. There are a ton of pitfalls involved, from showing a stereotypical (right down to racist) almost fetishized version of the actual culture to presenting it in a light directly connected to the author’s/creator’s culture (therefore either in a negative or positive light, but usually negative) and only offering interpretation (and judgment) through the creator’s culture.

But the fact that there are pitfalls doesn’t mean they can’t be avoided. Nor that the creator’s culture is some kind of obstacle. In fact, it can be the basis for the creator to be able to depict quite faithfully the feel and scope of any other culture, no matter how similar or different to his/her own.

There just needs to be a method to help avoid the pitfalls and understand well what needs understanding before we can write characters that act and react within that other culture.

My method of approaching a different culture is always like so:
1. See all the similarities and common points that culture has to mine
2. See all the differences (especially with regards to the same staples, such as upbringing of children, marriage, divorce, death and birth, inheritance, religion, fables) between that culture and mine
3. Read up on the history and philosophy/lore that yielded the above, and connect them to it to understand cause-and-effect: why they do things differently, and the lore and explanations behind customs
4. Keeping it in mind, always start with the similarities when depicting the culture, to make it relatable and ease immersion, then gradually move onto the differences while ensuring to provide the appropriate context and reasoning rather that allow a ‘judgmental’ approach.

So, it requires some research, but what doesn’t?

The method holds not only for different cultures to ours, but for our own cultures in previous stages, previous moments in time and history. (e.g. Victorian England was vastly different, but also quite similar, to modern England in terms of culture)

It is a challenge and I say this as someone who's attempting Victorian England. I did a lot of research and I am hoping for the best.

Yup, I know they were offended by that. Nobody likes to be related or compared to a criminal. (you know, my country doesn't have any Cosa Nostra, but the Calabrian and Venetian mafia are here too. They aren't so present, but we still have N'Drangheta and Mala del Brenta. And the Italian immigrant citizens hate them. You know, my country is the largest Italian heritage in the world. Those guys are everywhere here XD And nope, I'm Spanish second immigrant generation, not Italian). It's funny, my story doesn't have to do with mafia or criminal life, but redemption. I just hope the readers stick around until the story reaches this point XD

@AmeliaP: living in "Sopranoland " (where the series was set as well as filmed) Italian Americans aren't stereotypes but neighbors who are sometimes offended by mob stereotyping . Especially the "Jersey Shore" type bennies who invade the New Jersey shore towns I grew up in.

Quote from the "yellow peril" Chinese Pinky parody: "you're not the real Pinky, you're only a cheap Asian knock-off!"

I would like to see an Asian version of Pinky!

The advantage of being a "savage"... I don't care! Different cultures create funny (sometimes offensive) image of another culture, so why can't I do the same? I prefer staying near to the pop culture, because is something we all share in different levels, it's something people identify massively, with specific cultural flavor. Sometimes we don't know our own culture, and in different historical periods (I know more about samurais than Amazon natives for example. Even in my city has more Japanese and Aikido schools than South American native centers). Maybe the identity crisis is a luxury for older countries XD

There's also the danger of forgetting about the diversity within a depicted culture. For example depicting all Germans the same, when there are great differences between Prussians and Bavarians versus Saxons. I work with many Hispanics and that's what an outsider like me only sees. But to them it's Dominicans and Cubans and Mexicans and so on, all different jusr like the picture shows "oh asians" as opposed to Thai, Chinese (big differences within that too), Japanese or Korean etc. There can be as much or even more variety within a population than between populations. People are people and like the title of the Roddy McDowell Twilight Zone Episode: People are Alike All Over.

Pinky was initially going to be Asian at one stage... Chinese probably. I had a lot of art experiments based on that. But I gave it up in the end. I think it was because I couldn't get the eye, lip and nose shape right reliably enough to be sure she didn't look like a racist parody so I didn't want to risk that.

Simple, do cultures that don't mind being offended. No one has warned about avoiding tokenism in your multi-culture depictions or stereotyping a "dominant " culture like evangelical Christians or various white European nationalities.

I have agonized over this! I've also seen that no matter how hard you try to get it right, you're still gonna offend somebody (often, in our hyper-sensitive culture, people that don't even belong to the group you're portraying). I think, all you can really do is make an honest effort to be fair (using the above steps can help immensely with that), then just do it and don't worry about it!

Time periods as different cultures are far easier to get wrong. Like don't put Vietnam era attitudes or phrases in a World War II movie. Also, there is studying prejudice. Like researching the development of white over black from Reconstruction and how the stereotypes developed so you can break them. As for anime and manga I live the stereotypes they attribute to various groups from North and South America or Europe. Look at the different personalities of the schools in Girls und Panzer for example.

Watch cartoons from the first half of the 20th century. Then don't do what they did.

Great post!!! Now, what about number five? 5. Go to the nearest foreign neighborhood and make friends with them XD Depending on the country you're living, it's an easy task, mainly in countries with more foreign than natives XD (second immigrant generation talking). I always find funny how the Japaneses portray westerns in anime and mangas. They behave like Japaneses XD

Great post! The idea is "cultural appropriation" is so nuanced and multi-leveled, and you gave a great perspective.

Great post. There are so many possible pitfalls here - misrepresenting aspects of a persons cultural, giving them dodgy stereotypical dialogue, over-emphasing physical characteristics in your art - the list goes on. The rule of 'write what you know' applies, so if you don't know somebody of that culture yourself, then this procedure is great. Better still, follow that procedure regardless and get a better insight into your friend or acquaintance. You might even discover some dreadful faux-pas you've been making that they're too polite to mention.

That's a good approach. One thing as well is to know how they prefer to depict themselves, how they like to be seen as opposed to how your own culture traditionally sees them. I'm thinking of Japanese reactions to a Western animated project that had Japanese characters in it, the Japanese people said things like "oh, it's showing us with weird eyes again". The thing is that they don't see themselves as having very distinctively narrowed eyes and saw that as a bit racist, which in retrospect should be obvious if they'd ever seen any anime.