Writing into (and out of) the corner 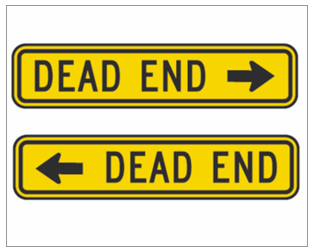 So you've written this awesome scene, or placed your pawns (aka characters) just perfectly to create a perfect scenario… and then you are stuck.

There is no way you can solve the problem in a way that pans out well for the character or the plot, or what you had in mind would be happening by the time your reached this point in your story.

In short, you've written yourself into a corner.

There are two ways to go about such a thing:

1. Back to formula: go back and rewrite the situation so that the conditions leading to it are different, and thus you get a different (i.e. usually the desired) result.

2. Resolve the story as it naturally wants to be resolved. It might not be what you wanted or what you had in mind, but it is definitely the way out of the corner and very definitely what the characters bring about.

Both ways are legitimate. Neither is a cop out- in both you sacrifice something. In the first option you sacrifice all the work you did beyond the point from which you decide to rewrite. In the second option, you sacrifice the resolution you'd envisaged.

Sometimes though, no matter how many times you try to follow option one, everything pushes you to the dreaded option two: I recall when i wrote my first publishable story, I had the rosiest, most sugary ending in mind for the characters (it was a high fantasy story about a rogue and a witch). But they ended up dying. ALL of them. I rewrote the story maybe four different ways trying to get them to survive and have the ending I'd wanted for them. And still, if I remained faithful to their personalities they ended up dying no matter how I tried to stage the sequence of events (and of course given the big bad's methods).

In the end, I did cry as I wrote the final draft, but the characters did end up dead as they wanted. The damn brats.

Sometimes similar things occur in my webcomics, especially Without Moonlight; by now I've learned to just roll with it and go ahead. No matter how much my original plans are thwarted.

But in the same time, I haven't experienced writing myself into a corner for more than a decade.

The corners I deal with are the kind that happen when you build a story like the Great wall of China. You have an ending, and you have a beginning, and when you start bringing them together, you have to take a couple of turns you weren't expecting. I mean, in the end, I still want that wall. Maybe I'm stubborn.

Well if my plot surprises me, just imagine what it'll do to the reader! My problem is coming up with enough middle to make the ending plausible and then having way too much middle to produce before I get to the good parts.

You forgot the option of pissing off your readers by having your character wake up and realizing it was all a dream… my personal favorite;p

I think there's two situations where this can happen. Most comics have short scenarios and long scenarios. I'd -think- that for most of us, a lot of the time the long scenarios don't end up -exactly- how we planned. That as we work through our comic we change and evolve our opinions about things, or we discover a better idea. I've always thought the further you plan out in your comic, the more likely you'll end up willingly changing that future moment. Maybe even sometimes because you have more that one version of what could happen and will have to pick one. I know the ending to my comic, and I'm working to it even with some murky or rough moments, but I also know that I'll intentionally make changes leading to that so the long-plan is a little flexible.

Wonderful article! Usually, I go with the option number 1, because I always start creating the end. It happened every single time with my 12 no published stories. The end is the first thing, because I want to focus on the execution and having a goal makes this task easier for me.

I've wrote plot directions that, many pages later, I wonder how the hell I'm gonna get myself outta it!! I've usually managed but not always pleased with the results!

I have had characters live that I'd intended to die. (I ended up sending one to another continent instead. Another has become a useful side character.) Rarely the other way around. Then again, I like to keep maximum useful pawns on the board at least until endgame.

I get blocked sometimes but not cornered. A story just won't pull together when something is off. Usually it's because I had events in the wrong order (arc B is after arc C and needs swapped) or because I tried to force plot rather than follow natural progression of characters. If I let it rest a while and then come back later or I try to lay out the story to someone else, it usually unravels the knots.

My latest storyline I had a great situation. My main character's in a wheelchair. He's pushed to the top of the highest hill in town. Whoops! The wheelchair gets away... Comedy Gold! Plenty of ideas to go along with that. Too many as a matter of fact, and not all work well together. I had to sit down and figure out which jokes to jettison and which to keep.