On Stand-Up Comics and Natural Humour 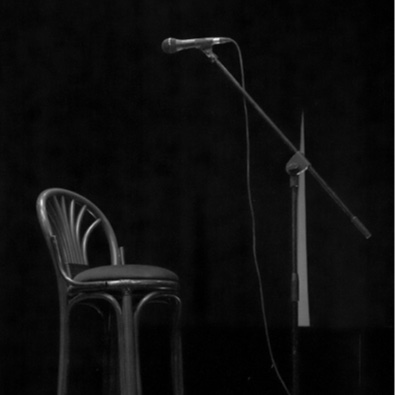 Last Wednesday, I was lucky enough to snag some tickets to a stand up comedy club in Downtown San Diego's Gaslamp Quarter. I am an avid fan of Saturday Night Live from the early 2010s/Bill Hader era. Therefore, I constantly stream stand up routines of my favorite comics.

(Actually, as an aside, I am sometimes a little too involved with the act that some people in the audience might think that I am a heckler because I laugh loud and make side comment. I made a conscious effort to control myself during last week's performance.)

It is very interesting to observe stand up especially when formulating jokes for a comic panel. A good joke is told in parts–it starts off as a personal story, then there is the background and rising action, and then it ends with a punchline that the comedian keeps returning to during the routine.

One thing I noticed about stand up is that the comedian prepares a set routine. Several of the jokes used have been rehearsed and it might be the tenth time the comic has performed the set in front of a live audience. I also got the feeling that some of the comics are angry, crude, and have a very negative energy surrounding them, especially when dealing with individuals that distract them from their timing by talking during the show.

Now, throughout the night, there was a host that resembled a garden gnome with a tattoo on his forearm that was introducing each act and he was landing homeruns and was naturally a funny person, he made jokes about himself that were relatable and good natured. He did not appear to be as stressed out or look as angry as the other performers. It made me realize that some people have to work for the laughs and that others earn them naturally.

Maybe one day, I will be brave enough to attempt stand up at an open-mic night. I certainly have enough life experience to squeeze into a five minute window.


I highly, highly recommend anyone with an interest in writing comedy to watch a Stand-Up Comic night. It might teach a few lessons about writing and how to be funny in your own work.

Ron White is funny. Great voice. Have you seen footage of him from the 1980s though? Hahaha, that's even more funny than his jokes now XD

Of course, comedians provide a vital public service, especially in our sometimes super-sensitive, ultra prickly and offended modern culture. They are the only ones allowed to poke holes in society's established patterns, and to say things that others are not allowed to (well, at least in theory; more and more comedians seem to be facing outrage over their comedy).

Even since Robin Williams ended his life, every time I see a comedian I wonder how much of their humor comes from a dark place (I've read that many do...). Comedy is a bit less funny to me know, but you can't close the book once it's opened. I still find them very funny though (I'm going to see famed Texas Comedian Ron White soon...) but I can't just accept the humor as just humor anymore...

Comedians are fascinating people; they are often angry outsiders. Not always, but the really good ones tend to be. Add to that, it takes a certain kind of person to put themselves out there, alone, facing rejection from large groups of people, and do it over and over (for no money, maybe ever). Conan O'Brien's father told him that Conan was making a great living doing something that's technically a mental dysfunction.

I'm that naturally funny guy. (Everybody tells me and I can and perform five minute bits) I love watching stand-up and know about timing and pacing and that it means as much as the material.

I like watching pre-recorded stand up but I always feel a bit sorry for comedians on stage when I see them live. I feel a bit... I don't know, motherly or fatherly over them. I want them to do well and succeed and I feel embarrassed and sad for them when it doesn't go as well as they'd hoped. I empathise too much.