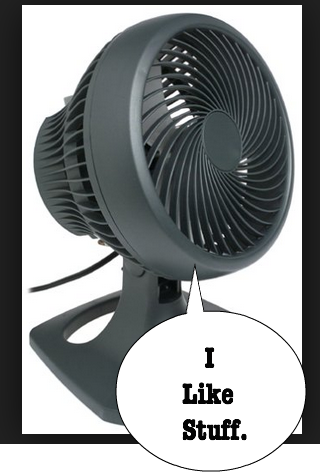 In a world of adapted comic book characters and stories, reborn old franchises, and endless brand-excavation of old TV shows, toys, and video games, our entertainment culture is something different than we've previously seen.

“I.P.'s” are dug up repurposed endlessly, in order to try and make a profit off of ‘brand recognition’. Sometimes it works. Sometimes it doesn't. And it's often a mixed bag.

As a break from watching politics and the dysfunctional state our world sometimes seems to be in, I've sometimes switched over to looking at info on big modern movies and genre entertainment. Figured that would contain less vitriol and lunacy…

…er…not quite the case!

Whether it's a real reflection of fan response, or a very vocal minority, there is MASSIVE disagreement about mainstream fiction, especially when it's a sequel, remake, reboot, or adaptation. Star Wars and Star Trek both have new releases (The Last Jedi and Star Trek Discovery) that are much-debated online. I found this stuff when looking for reviews - it's quite…lively, I guess you could say (particularly the Star Wars stuff).

On the one hand, if things are going to be redone for newer audiences, they HAVE to change in some way. Decisions have to be made on how to update these properties. What would be the point of doing the exact same thing again?

But fans have had decades to grow attached to some of these “properties”. They're not just “I.P.'s” or “brands” to these people; they're something that matters to them emotionally and nostalgically.

And that's WHY the brand is worth something to begin with!

It's probably a good idea to start off with some respect for those fandoms when unearthing these old treasures. They will often be the core audience, right? Otherwise, what's the point of revisiting the thing in the first place?

Are there any “fandoms” you're a part of, especially ones that have been “redone” after the version you loved? What did you think of the results?

Have a fine Thursday!

I'm glad the things I liked in the past stayed in the past lol (even movies. I like them, but I don't watch them, or think about, again. I keep them as reference in my memory). It creates opportunity, and time, for more new and interesting stuff.

For me Star Trek Discovery had nothing of what made Star Trek Star Trek in it. You'd expect a series with the title Discovery to be about exploration, a fine ST theme, but instead it was about a pointless war. The characters were 2D at best. The fungal drive system was just f*****g stupid. It had no continuity sense, being set between Enterprise and Original Series but more advanced than even the (lousy) reboot movies. And it isn't family friendly, being too dark and 'edgy' for the sake of it. Gak. I've been washing my brain out with reruns of Voyager.

American remakes are mostly terrible especially if they try to pop-culture something with a new cast but keep too much the same. It works better with sci-fi or fantasy. I have enjoyed animated franchises far more. I watch every iteration of Lupin III. (I saw A Woman Called Fujiko Mine, but I haven't seen the latest series yet.) The various versions of James Bond have their pluses and minuses. It is good to not try to copy previous versions too much. I have also seen/tried nearly every take on Sherlock Holmes. Some I like, some not so much.

You have such good articles... I've accepted that it's largely a generational age thing *sigh* What we liked during our formative and teen years, and even 20s, these are the things we connected with when our emotions were in overdrive, and so they're gonna have a deeper connection that later made-memories, so yeah, it does feel very personal when someone borks up 'MY' memories. Even if it's the same people that made it begin with. I LOVED U2 in the 80s and early 90s, and then they started connecting with the wider world, more pop culture, starting with that Zooropa crap..!! How dare they? Don't they know how their lyrics and sound affected me...?!! I still haven't forgiven them lol. Yeah, but even so, acknowledging this phenomenon has allowed me to sort of step back and look at reboots and rehashes through the eyes of the current generations (which is what they're really aimed at), and I can appreciate it sometimes, and laugh at myself when that grating feeling comes on me!

Honestly, I've learned to become very neutral even when I'm not because I used to be as guilty as a criminal of making fanfiction myself and even now, my main project is a retelling. Even now, I still think of 'what if' when I see something. While there are some things where the original was better, I have learned to give the new spins a chance with an open mind and accept that if I have the right to say "this is what I would have done" so do others. Imagination belongs to everyone.

I love Star Trek despite all of its faults or maybe because of them? But if you're going to purposely revisit a previous time period in the universe you've set up, don't reinvent it to keep it real. And I just have to do another installment in my Trek salute.

This show is the model of revisited IP done in the right way, it shows it can be done without slavishly trying to modernise things in a pathetic attempt to stay current, while losing everything that made the original so amazing to begin with.

Space Battleship Yamato 2199. It's a retelling of the original Space Battleship Yamato. It's not a reboot because reboots are effing moronic. The very idea of a reboot is imbecilic. This project is an example of how to treat an IP correctly. The original was made in the 1970s so the animation was rougher and the resolution was a lot lower. What they've done is produced a slick, modern animation style WITHOUT altering the story, the setting, the style, the character design, or even the music: All the things that made the original loveable, cool and great are still there, lovingly reproduced. Where they've updated story elements and characters is to include a bigger role for the female characters so it's been updated socially somewhat. And that's all they needed to do. Characters still have 1970s style uniforms and hair styles even, which is just sooo PERFECT.