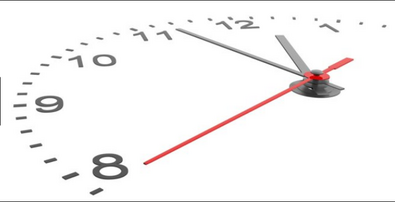 I think John Byrne once said he did about two or three pages a day (I believe it was an eight hour workday).

Of course, the length of time a page will require depends a lot on what KIND of comic you're doing! A stick figure comic or sprite might take awhile to write, but be pretty quick as far as putting the images together on the page - and digital work obviously saves a bunch of time, with its editing and undo capabilities.

Very detailed work vs a simpler style, as well as the priorities/standards of the artist can vary these things, too!

A photo comic might take a TON of prep time, arranging people and possibly creating or amassing the figures, sets, costumes and props, and then doing any postproduction, as well as the dialogue balloons and all the stuff that normally goes in to a comic. Boggles the mind, that! (hi bravo!)

A page of Typical Strange takes about 4 hours, usually.

But before that begins, I usually have a solid knowledge of the story for that issue, and what has to be achieved on this page: where we're starting and where we're ending up - though I usually don't have the dialogue yet. Dialogue gets written as I map out the page with rough digital sketches. So I can move stuff around, rearrange panels, and play with dialogue and all that. Once I decide where everything goes I start drawing.

And that's where the four hours begin! If I have more involved backgrounds or anything unusual to do for that page, of course it will take longer.

How long does it take you to do a page?

Thanks to KimLuster for suggesting this topic!

Have a fine Thursday,

As I rarely have time to just sit and work straight through a page, a page is usually spread over a day or two. If I do sit and draw, I can pencil and ink in about 4-5 hours. I have switched to all digital, by drawing on my phone, so I am able to sneak in a lot more drawing, almost anywhere.

If I have all the sketch and layout already done, my time is about 4-6 hours. If it's an action page I could add 1-2 plus hours.If I start a page from zero, it may take me more time. I usually work in stages, make a bunch of sketches, then ink them, later I add the toning and finally I ad the sound fx and dialogues. This last couple of things could take me more time because I have to make the katakana sound fx and translate the dialogues (I make my comic in 2 languages).

Two to three days but only a few hours per day. Getting it all mapped out is sometimes the frustrating part for me.

We've recently changed our style slightly to help speed up the proccess. Now it takes 1-3 hours to ink (depending on the detail of the backgrounds) and another 3-4 to colour. Add another hour for lettering and the inevitable edits and a page takes the better part of a day to get through. Before that it was taking up to 13-20 hours depending. T-T

All I know is I don't feel so bad now about how long I was taking!! :D

Currently I make 1 page a week. It's 3 or 2 hours every day. I draw more during weekends but It allways depends on my plans for the weekend.

My pages for Mindfold take 15 hours: 6 hours for layout/pencils, one hour for inks, 8 hours for colors. Those are done digitally. Each page of GirlSquadX, which was done in watercolor, took exactly 24 hours each to complete.

And the great book Telling Lies for Fun and Profit by Lawrence Block. The point of working goals was not how long you worked but how much you did. Set the goal at so many pages a day and then work long enough to finish them no matter how long it takes. As you go along you will be able to put together things faster and become more productive.

That's a lesson I've learned as well. I don't put my scenes together until I've storyboarded, because you don't want to spend hours modeling some fancy sci fi coffee maker for the background, and then it's never in any of the shots!

I'm a cynic. The background panels on Interstellar Blood Beasts took six hours to design and to assemble the flats. The cockpit set took twelve hours to design and assemble plus additional time spent putting together graphics no one would ever see. I scrapped plans to make working controls because there was more needed for the infirmary and no one would ever notice. I budgeted time and put it where I felt it mattered as opposed extraneous detail. It's one of those things I picked up doing models and researching production techniques.

When I first started doing 3d comics, I had a much simpler creation process: Just put together the scene and lighting, add the characters, pose and render and drop them into panels. The art was terrible, but it was fast. One time I was in sick all day and managed to churn out five pages at one sitting! However, I've learned a lot of techniques over the years to improve my art, but it takes a lot longer now. I'd say it's 8 hours on average per page, spread out over two to three days. It takes longer than that, because I'm also doing other things (mostly looking at Youtube videos and reading articles), but that's how much actual work goes into each page: usually about 8 labor hours.

It's a question of good work practices and setting deadlines. Are you really working the whole time during those 10 hours or is it up and down for breaks and inspiration? I set deadlines because I know I can get it done in X time if I work on it. Procrastinate and just stare at the screen and I could be spending 12 hours a page. Ive gone through 30-40 drafts for one panel but that doesn't increase the buffer. Imagine doing it nine to five and taking two work days per page. Somebody is going to have an editor on his rear screaming about productivity. I used spend weeks doing these glorious papers for school because that's what I thought it took to get an "A" then I discovered five pages done in a week was more than good enough. Ask yourself how much of these hours is vanity and how much is real work. Sure it impresses people to say it takes sooo long but does it result in a better end product or is it just bragging rights?

It takes me around 6 to 8 hours for a page of WM. Each frame needs a primary sketch, inking and airbrush-colouring. Often when the backgrounds are detailed a single frame may take me three hours!

Too long. ;-) It varies. I do work in a variety of styles. Oddly at one time I drew up a bunch of stick figure comics as a way to save some time and give me a buffer, but feeling guilty about the lesser art quality I went overboard on backgrounds. *shrug* Art standards *rassen frazzen mumble grumble*

I'd guess about 9-12 hours maybe? There's a lot of variation though, like- How motivated I am at the time? Are these characters I'm more or less used to drawing? Am I trying to multitask by watching TV? Do I have a clear idea of what I want to draw? Are there crazy effects on the page that will take time to paint in? How many panels are there? Are there complex backgrounds? Do I need to reference a lot of older pages? How many times I redraw a panel until I like it? How many times do I have to edit the dialog until I like it? A lot of times I worry I take a long as I have, instead of being done early, trying to fix things that are acceptable but I dislike.

It takes me around 20 hours to make a page, which is why I no longer do daily updates, -_- I kept adding steps to the process. Each step is easier and the pages look way more polished, but polish takes time. If I was better at art, I don't know if it would be more or less time-consuming.

MOrgan - ha! I remember that issue

The Good Walker pages are faster. A single image, penciled, inked, monochrome watercolored, detail inked, scanned in, imported in a word document, write the text around the image. My guess is maybe 5 hours, give or take a few...

The Godstrain's later pages took a fair amount of time: 1) lining out the panels on a blank page, 2) Penciling in the initial images, 3) Inking the outlines and deep shadows, 4) putting in the watercolor, 5) More inking, thickening the lines, adding detail, 6) scanning in (usually had to scan in about three sections because page was too large to scan in as one), 7) Using PhotoDraw/Gimp to touch up lighting and shadows, add in the black panel border lines, and finally text and speech balloons. I'd say the average page took 7-10 hours!! Good thing I'm an imsoniac!!

As a goof I once averaged together the time spent on everything involved in producing a page and it averaged between six to ten hours. Interstellar Blood Beasts was eight to ten because of the sets. Tales of SIG was shorter because of being all blue screen. Sword of Kings is both but requires a lot more costume and prop work. Right now I'm building a fishing rod from a twig and some string.

Was Byrne talking about the pages for that issue of Alpha Flight involving the fight in a snowstorm? ;-)

I did the black and white drawn pages for the DD radio play in about three to four hours each. The color pages just add another hour. The art I did for this year's DD awards took two hours a page even for those stick figures. The photo stuff is a whole other world.

It takes me about 3 hours to pencil, ink, colour and letter a page. But I have such a busy household that finding 3 hours in a single night is usually impossible. Sometime I might only get 45minutes a week to draw - sometime more.