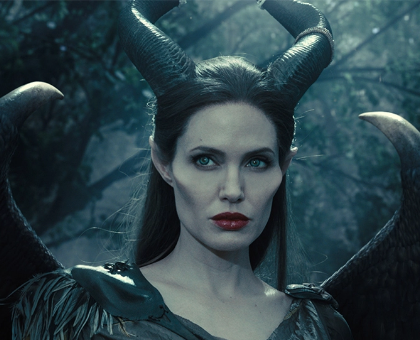 Earlier today Ozoneocean made a pretty interesting post at Facebook, regarding how demons are depicted in modern culture as opposed to how they were earlier, and especially what they symbolized in western culture: they are now generally depicted as sexy, good, glittering, or misunderstood. If they are doing negative things it's mostly on the level of a self centered, spoiled child that just needs to be taught manners or ‘find love’ that will showcase how good they really are.

It's a kind of retcon, of turning old symbols of vices and evil, scourges of the human condition that had to be dealt with into something that is to be tolerated at worst and lived with and loved at best. That's why vampires now glitter and marry their food, Maleficent is the one that kissed Sleeping Beauty awake and broke her own curse and zombies make for good boyfriends.

Sometimes, this suversion works, creating staple works of narrative art, such as Wicked which deals with the Wicked Witch in Wizard of Oz, showing her to be a completely different (and sympathetic, and good) character as opposed to how the character had been originally conceived (brutish and villainous).


Most usually though, it doesn't. And the reason for it is that evil entities of the common western culture held the audiences' interest for eons exactly because they symbolize things that we struggle with within us and around us. They were relevant exactly because they tapped upon this common struggle that transcends cultures. When a narrative takes away these elements to make the characters more sympathetic, it also takes away this visceral connection with the audience. The stakes are never going to be as high, and thus the end result is blunt, and often murky- because when the nature of a creature is undermined it stops making sense within the story.

Mind you- a character that is trying to go against their nature as an evil creature isn't fudged or blunt. The same struggle mentioned earlier still exists, but this time it's just regarding the individual vs. his/her own self, rather than individual vs. villain.

Also, reimagining a creature like that with different rules can be pretty successful- provided there's a reason, a narrative reason behind the reimagining and a rebuilding of the world around the creature accordingly to make sense. If a vampire is conceived to be different than the classic human hunter after blood, then society shouldn't fear that vampire for that reason. Something else has to be what society fears that kind of vampire for- OR a reason for the misconception enduring has to be given, good enough that it is convincing in context with the time frame, technology and prevalence of the creature.

But to simply bend a time-old concept out of shape without any narrative purpose that will make sense is just bad writing. And it shows.

What's your opinion? Did I forget any important aspects for or against this premise?

I wanted to write a movie along these lines, called "I was a teenage The Blob".

On the Daemon thing: There are a lot of books and versions on what it means, what it represents and how far back it goes. What I said is simply what it was in the ancient greek religion (which wasn't scripture based) and how the etymology goes. That was the original take. Afterwards though, even before christianity, pretty much everyone poached. OR, if you want to put it in better terms 'reiterations' of the original concepts happened way before christianity, romans being big on that, and others too. So I wouldn't be so bold as to negate the books you've read. What I am very confident in, is that the origin of the word daemon is as I described. It's how we were taught it in ancient greek class and in classics class too :)

Amelius, but haven't you completely reconceived the setting in which these characters exist? And which I don't agree that evil is subjective (at least in its core elements) that has nothing to do with the premise I made. The problem arises when the characters are set up without setting up their world to be able to properly host them, that's all I was saying. I definitely don't think your creation falls in that category.

Amelius, there's NO WAY you can look stupid.

Ah, so everything I've read in my research has been apparently misinformation then? (not just wikipedia/online I've read through a lot of books which stated these things, I wouldn't have said anything if I hadn't felt pretty assured) I'm not disagreeing, it's just something I'll have to look into more. I don't enjoy looking completely stupid and spreading incorrect information.(░◵﹏◵░)

Though largely I agree things that were considered by modern culture "true evil" to be boiled down to "hot monster boyfriend" (tumblr...) is often lame, I guess I feel a little defensive here because I do have a lot of creatures called "demons" who aren't out there eating baby guts,torturing people or tempting them to darkness and vice. Demon King Samrick and deposed Demon King Ilgram follow more the OLDER tradition of powerful, but not malevolent. Fiends are the evil entities in my cosmology-- demons have (diluted) fiend's essence,that doesn't necessarily give them a predilection for "evil". I suppose there's also the idea that "evil" can be subjective-- as evidenced in my former reply. Seducing mankind to sin is too small potatoes for what my "evil entities" want, anyway. Humans over-inflate their importance in the cosmic scale.

Daemon is the ancient greek word Δαίμων and it literally means "he who deals what is due". Demons were NEVER gods in ancient greek culture (which came up with the term). They were sacred non-personified entities who could be good or bad or neutral. Which is why there were prefixes to determine which was which. The gods were actually called "gods" and were always personified. Daemon was always a state of being. God was the divine entity that had a personality and required worship. Just to set some things straight. Now it is true the Christianity used the word to denote evil and evil entities (as personifications of human vices very often) as they went down in western culture, but considering that this is 2000 years or so of a common consensus I'd say the analysis stands. The other stuff you mention Amelius I don't have an opinion on, as people who point and yell "DEMON!" without actually making a joke, are not people that concern me :)

I mean, look at what people have tried to call demonic and evil while the people writing these stories were growing up. Dungeons and Dragons, He-Man, Pokemon, Yu-Gi-Oh. Video games. Heavy Metal, Rap. I knew a family that fast-forwarded past the villain scenes in Disney movies. Dancing. Cutting your hair without your husband's permission. When the harmless things you do or like are so "evil", then demons and their reported wickedness tend to lose their dangerous presence. Satan is really gonna choose Pikachu to lead my soul into sin? It is risible!

Going back to origin of "demons"(the etymology of the word) in Western culture, the idea that they're "evil" is itself a reinterpretation. Demons were divine spirits, often gods, who brought knowledge and philosophy to mankind. Demons were not considered evil in the least. The switch to meaning evil was simply Christian religion subsuming other cultures and reinterpreting rival gods as wicked. The change of opinion was successful enough that they have to distinguish them with "daemon" now.

I am kind of guilty of doing this myself, but I have to agree. Making bad good requires hard work and taking your time otherwise, you get a mess.

Well written Tantz, nice evolution of the idea germ ^_^ Love the title! Yes, I think that taking demons out of their simple, bestial, ugly form and elevating them all to pretty and intelligent smooth talking Satan/Lucifer/Succabi-incubi/demigod hybrids loses more than it gains. These particular character types had their defined roles for a reason and changing them changes the whole context of their existance, the matrix of the world they exist in. It's like saying "OK, in my world 5=234. All the other numbers still equal the same but that's what 5 equals now" Yeah... nothing else forks then, you whole world is a fudge.