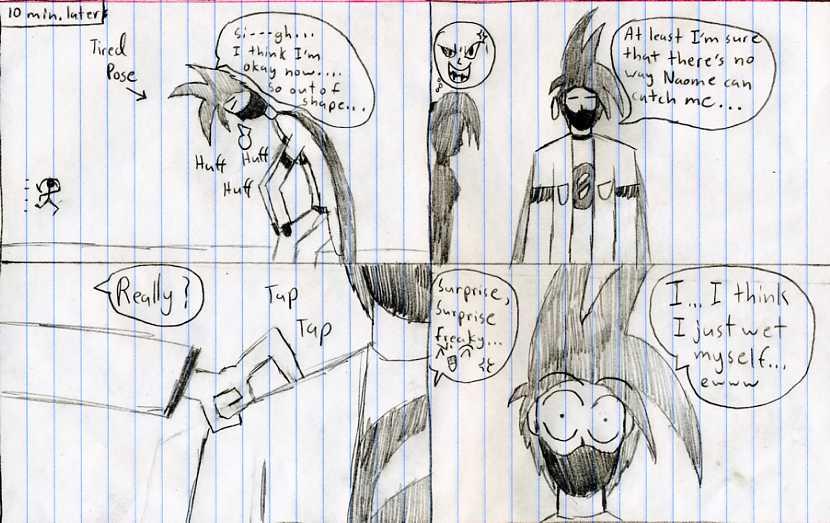 Holy Crap an update! Now, i know this may come as a shock but please dont be alarmed….

Somethin i wanted ta mention. I started this comic through the encouragement of my ex…now i know this may seem wierd but everytime i do this comic, it reminds me of her. Hell, she drew my own characters betta than i did, so that tells ya how much artistic talent that i have…lawl. ANyways, i just want you guys ta know im sorry about the lack of updates, its hard for me ta work on this, even 2 years later. Anyways, on a mch lighter note, ive got two more comics in the works when i have a scanner again, youll see them.
Youll have Little Girl Death and 1337 Ninjaz R3dux to look forward to. Both of them have much better quality than the stuff thats been put up here. Im tryin ta get an update scedule, but since i phail at life its still in the works. For those of you that still read, thanks!
For those who dont, join up!

Its about time you started up again!