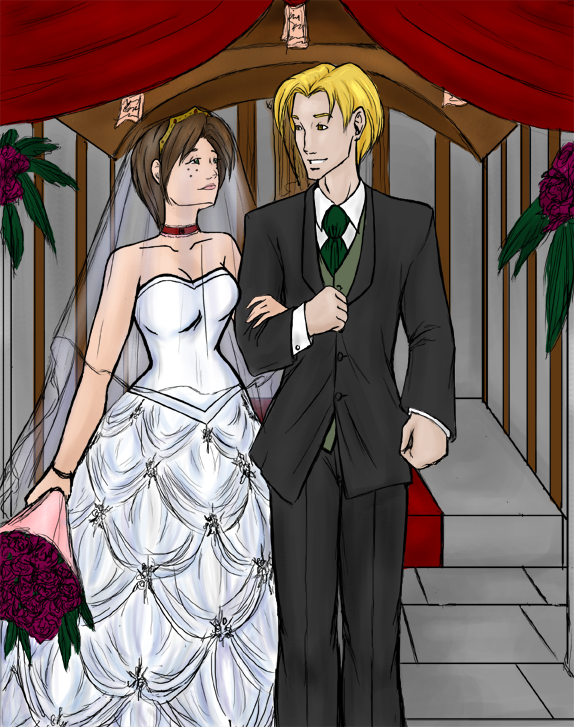 Chris: I know, we sort of disappeared there for a while… But we have a reason! HINT: Check out the picture :O

Chris: Yes, that's right, a wedding is in the works! Just, y'know, replace Myna and Alberech there with me and Adam!

Chris: So that's why there's been so much dead time. Instead of drawing comics I've been telling family, talking to priests, and touring reception sites, to name a few things that have had me going crazy.

Adam: And I've been trying to work and save money and deal with a sickness and keep Chris from going crazy xD; But! We should be back on track now- send wedding presents =o

Chris: We should be picking up soon with that re-do we promised ages ago!