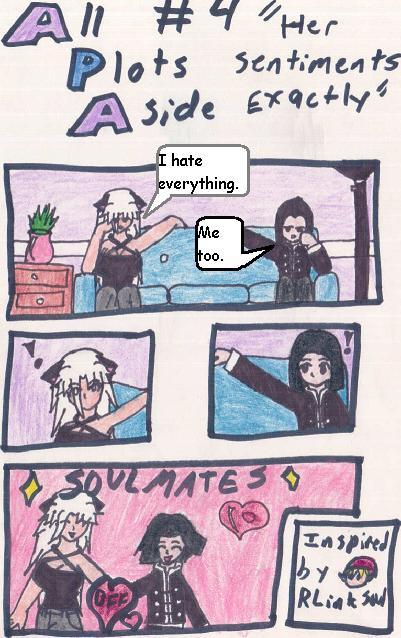 This was inspired by a joke in a chatroom I visit about *counts on fingers* several weeks ago that I just now put into a comic. As ou can guess, the inspirer of this little joke is RLinksoul (most of you probably don't know him but I felt putting his name in was necessary. ^.^)

The joke came about because my character Kazu and his character Mihao are extremely similar personality-wise, though Kazu is much much bitchier, and he just made a small joke about it (which I altered slightly). Enjoy~