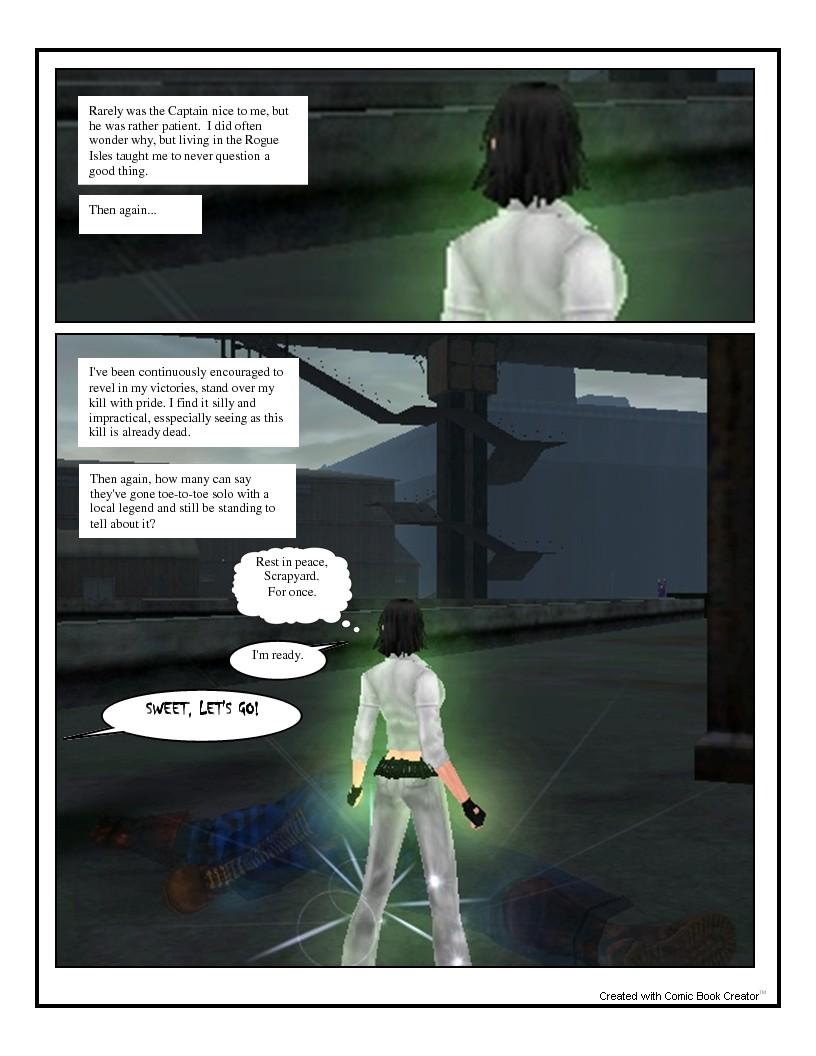 For those who don't know: Sharkhead Island (where this scene takes place) has been turned into an industrial factory with unsafe labor practices. A man named Scrapyard led a rebellion with his fellow workers, but was taken down by a local bounty hunter named Mako. Mako got famous and his opponant wanders the island as a ghost and a menace to the living.

You CAN'T beat Scrapyard on your own, get friends to help you. He just keeled dead in front of me and I took a picture. Hee hee. Talk about serendipity.