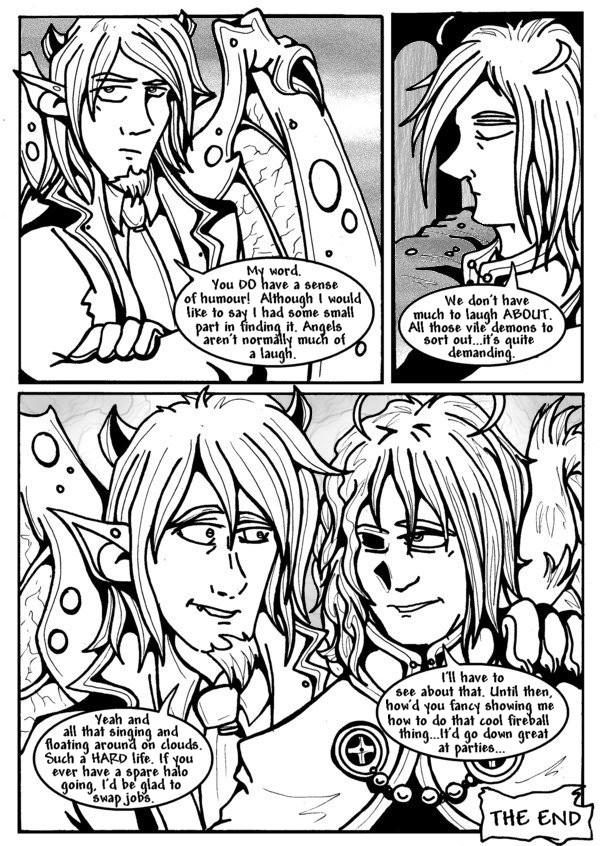 aww, too few. I loved this comic T_T

Another fine looking page! My goodness, you have a lot of comics on here. You'll have to share some secrets of productivity / time management with me sometime.

Looking good... keep them coming and they will keep getting better. Scott

No need to re-draw it, It's almost perfect as it is. I may appear only to be rating this page, but my 5 goes for the whole series!

It's soooo old lol! I may re-draw it one day!

and i am Fails litte sister!^_^

Wow, I love the art in this.

I love it! XD it looks like it could've been longer actually. I also like your little biblical touches. The part about Charon talking about boating and driving Si into a bored stupor made me smile a bit ^.^

man, where do you find the time to do so many comic, i read through quite a few of them and i must say they're all great. ~Amar(aka Derrick)

Ah, a great short story. I just read it straight through.

Ok, Faved! Silus and Azzi? I'll leave this one for later, I've never see it before but I've faved it and I'll read it soon.

I enjoyed reading this.

This Was very entertaining! too bad its over.