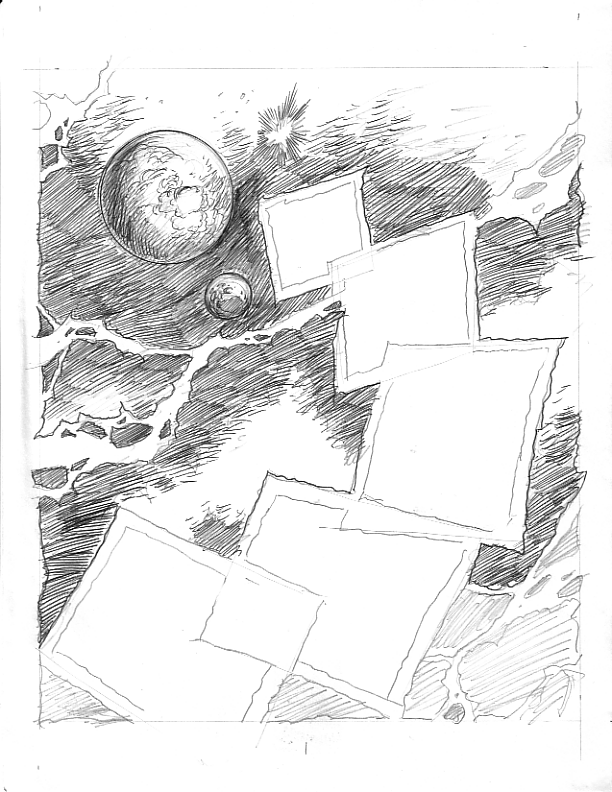 Burp! The Time Traveling Caveman.
This is my 24 Hour Comics Day 2009: Pittsburgh, PA at Time Tunnel Comics.
I really had an extensive story plotted out in my head, but as most first time 24 Comics Day participants, I think I had big plans but not enough time/energy to finish them in 24 hours. (I actually lasted 14 hours before calling it a day). Originally I was calling the character “Burt”, because when he first meets his partner from the future she asks him his name, but being a Neanderthal he only makes grunting sounds that sound like he's saying “Burt”. Later in the night after a few beverages and belches, I though it would be cool if when he meets his time travel partner he belches, hence his name: “Burp”
The event was supposed to last from Saturday, October 3, 2009 @ 3:00pm to Sunday, October 4, 2008 @ 3:00pm. I arrived at the Time Tunnel at 3:30pm (10/3) and left (10/4) 5:30am with a lot of sleepy sand in my eyes. All-in-all it was a great time with a great group of talented artist. Many thanks to Pat Donley (http://www.timetunnelpgh.com/) for hosting this event.