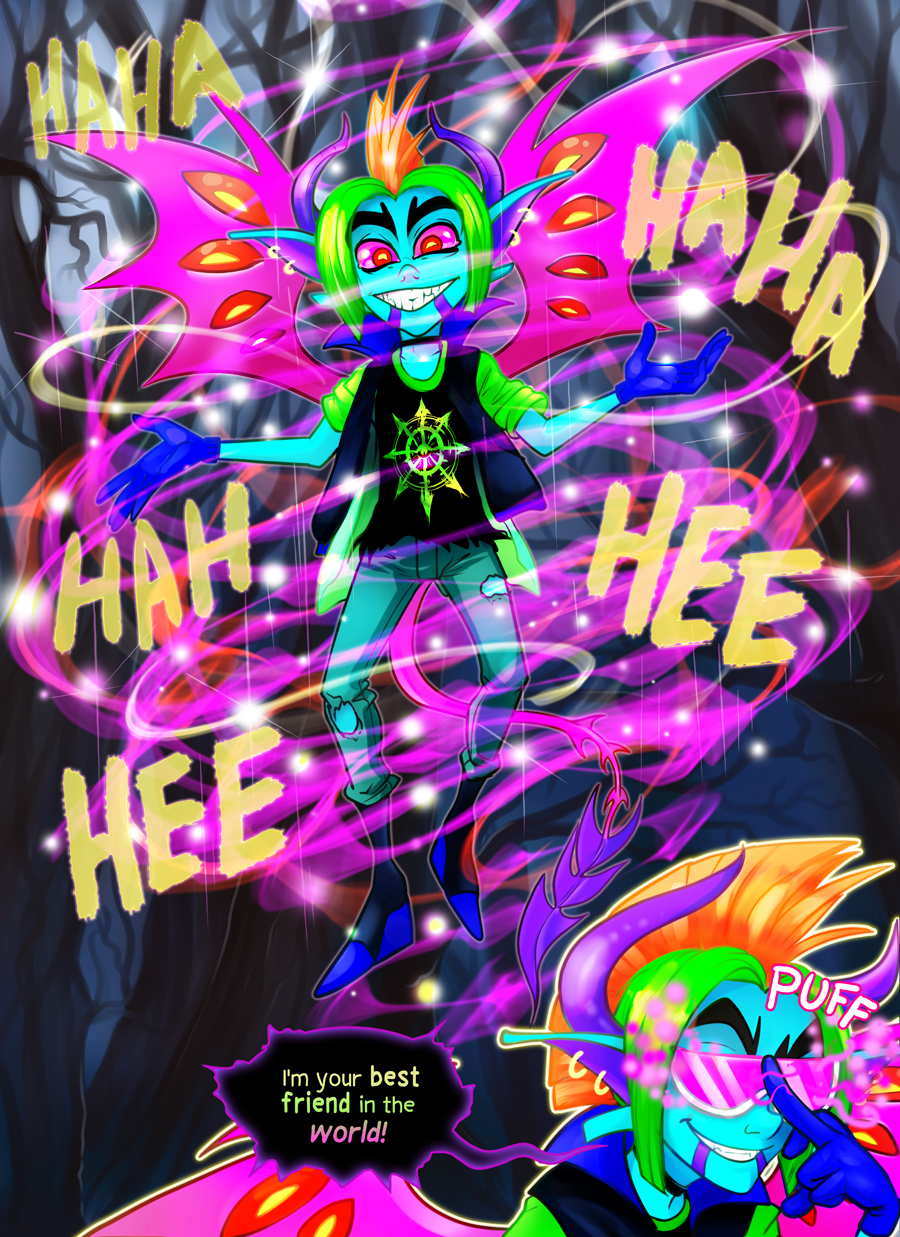 Menu's idea of “cool” from the 90's! (because it still is the 90's at this point!) He wouldn't normally manifest looking quite so obnoxious, but he'd still be obnoxiously neon-colored. That's just how demons are.

To longtime readers this might seem like a character that's coming out of nowhere, but as I've mentioned before, ReVamped is the realm of lost stories– he looked a little different, but this character appeared before in the first version of CTV. Unfortunately I could not reference that first appearance because it disappeared along with King Samrick's first appearance and a good chunk of old archives and art. Allegedly the cat had gotten into my stuff and used it as a litterbox…

The biggest difference was the hair though, it had looked a little more like the character he was loosely inspired by, Kid Vid from the old Burger King Kid's Club ads! And let's be honest, he was so crappily drawn that he needed redesigning anyway!

I clicked here in a dark room, and this aggressive neon hurt my eyes. Not sure if that counts as a compliment.

That is a wonderfully ridiculous character design.