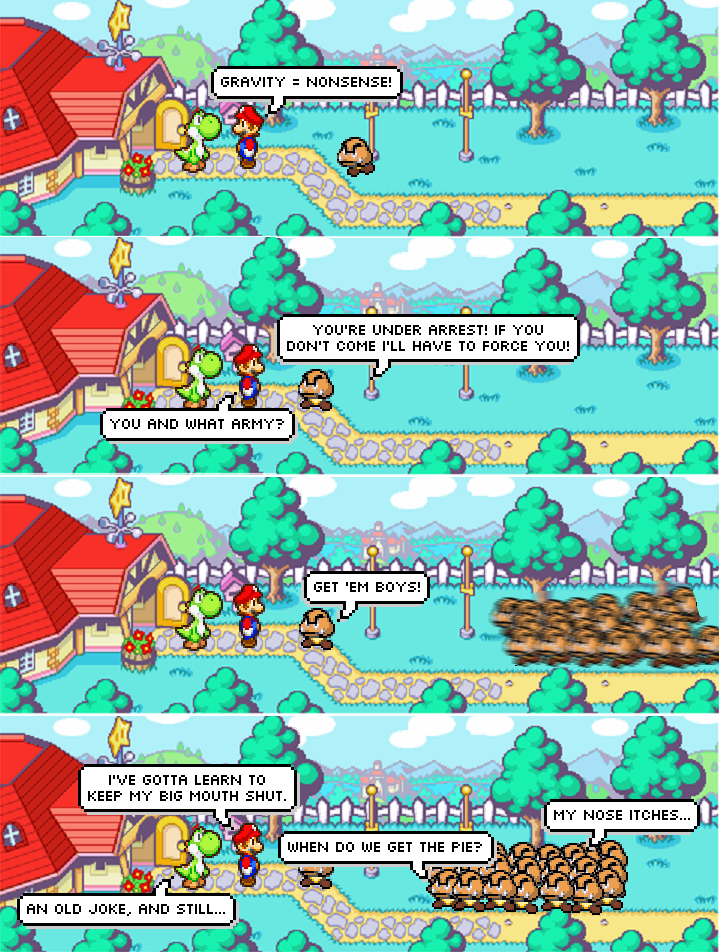 Originally, in the first panel I was going to have Mario saying, “Well, I finally got out of that egg”, but the comic I made before this got deleted, so you wouldn't know how he got in the egg, and it wouldn't make sense, just like this sentence or Barney.

I dunno if you noticed, but we now update m/w/f instead of daily.

And, oh yes. New link, to a new comic I started, Berri and Cherri.

Yay have pie to celebrate.