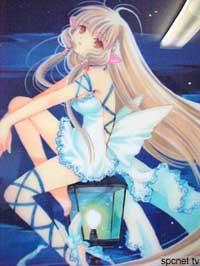 Chiami awakens from the black out almost forgetting where she was. She gets up and walks down the path again. She ends up leading herself into an unknown city. She looks around, and the sky starts to darken. Not knowing anything about the world, she's rarely new to thing's that happen. She gets scared, and tries to reach the highest point away from everyone else that had been down in the so called street's. She looks around, sitting as high as possible away from the being's thinking to herself. “How am I supposed to get through this?” The part of the city which she is in, is very dirty like. All the people wear torn clothing, and the houses smell like mold, as in the street's are rats, and other unmentionable stuff, that look down right unnatural. She tries to pull herself together, and adapt to the polluted environment, but how much longer can she take it? What is this place anyway? and will she ever get out of here?

umm so did you draw anyof this? it just all seems to be chobits wall papers..is it filler until the real comic gets out? or are you more of an author type serching for an artist? cause theres a place on the forums for that kinda thing.