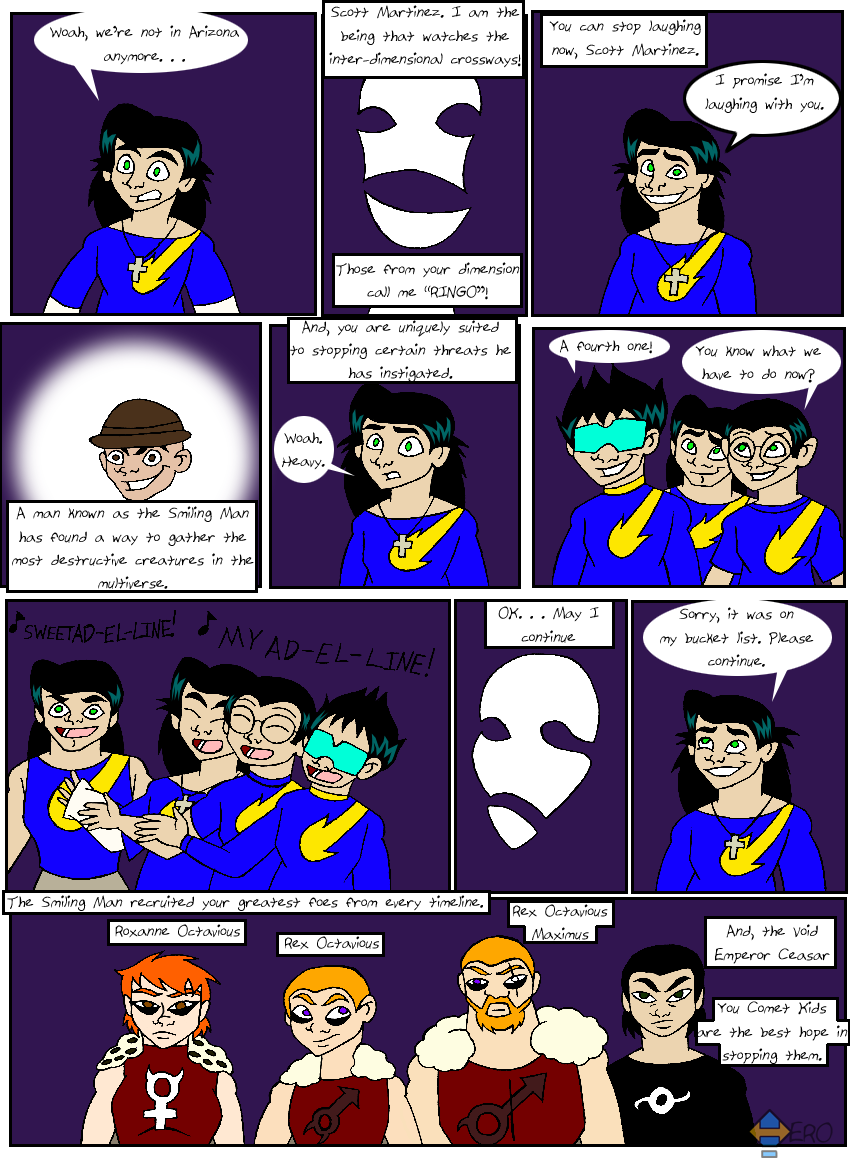 What was Comet Kid doing during the Crossoverlord Crossover whilst appearing dramatically on a cover? Something like this I presume. Man, this was drawn at a time where I drew Ringo from Memory and he looks more like a low def Sovereign from Venture Bros.
If you ever get a chance to perform in a Barbershop Quartet composed entirely of various versions of yourself, take it.
Also, those are the very first incarnation of Comet Kid and his Anime'd up second incarnation there, along with Muscular Baritone Comet Kid who comes from nowhere, but they needed a baritone.

this looks very promising. i like your style of drawing too