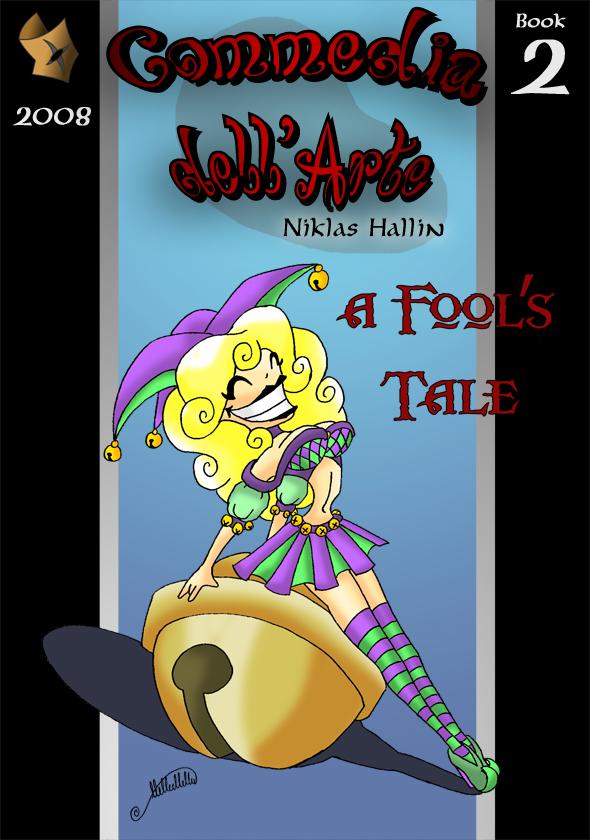 Hello again, everyone!
I promised myself I wouldn't launch this comic until February was over. Well, today is the first of March and that should give you a hint of how eager I've been to return!
Book 2, then. What can I say about it? The main difference from the first one is that this story is far more thought through. When I began drawing book 1 I just wanted to draw a comic right away and settled with a story that wasn't close to what I am capable of. Now I have spent some more time on the script!
Well, I guess you can tell from the cover and the title what it's going to be about, at least if you have read book 1. (If you haven't, do it!)
I've been gone for a month, but I haven't been lazy. I already have several pages finished and ready to be uploaded. I do not however intend to give them all away at once. I will let two or three days pass between every update. So next update will be on Tuesday, remember that.
If this gala premier doesn't provide you with enough news from me I can tell you that I have also redesigned my own webpage. I have given it a less general and more commedia dell'arte look. You could check it out if you wish.
http://nikhal.myartsonline.com
You should check it out actually, for I have received a new and fantastic fanart from Chameleon Kid! Which rocks!

That's all for now, but I will be back soon with new updates.

sorry, lol, I hit the anonymous button on accident XP

Whoo hoo!! Looking forward to the next installment. You do such great work.

I like her. It's not every day you find a girl with juggling balls for breasts :P

I'm so glad you're back! ^o^ I missed reading your comic.

AWESOME!!! (I've missed Harlequin.) =3 It's great to have you back! ^o^ (and thanks for mentioning my fan art.) I look forward to new pages of Commedia dellArte...! (the last book was excellent.) :)

I really enjoyed your last book! I'm glad to read this one now. :)

Oh yeah! Looking forward to this!