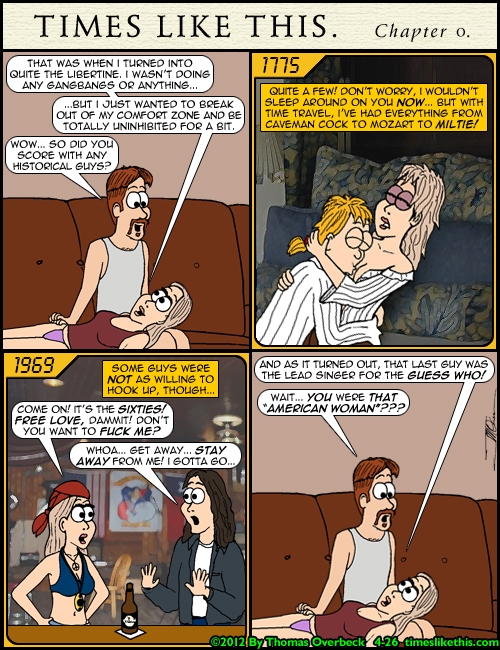 This wonderful strip is done by a good friend, Thomas Overbeck, who does a comic called Times Like This. The comic is a wonderful time-travel comic with some really funny characters and scenerios.
Thanks Thomas, for the great cameo (and choosing my version of Mozart to use!) :)
Times Like This can be found here:
http://www.timeslikethis.com

Man, I have had a lot of fan art lately, mostly due to a little community project over at DA that I participate in. I'll elaborate later, and post all the stuff from it eventually!