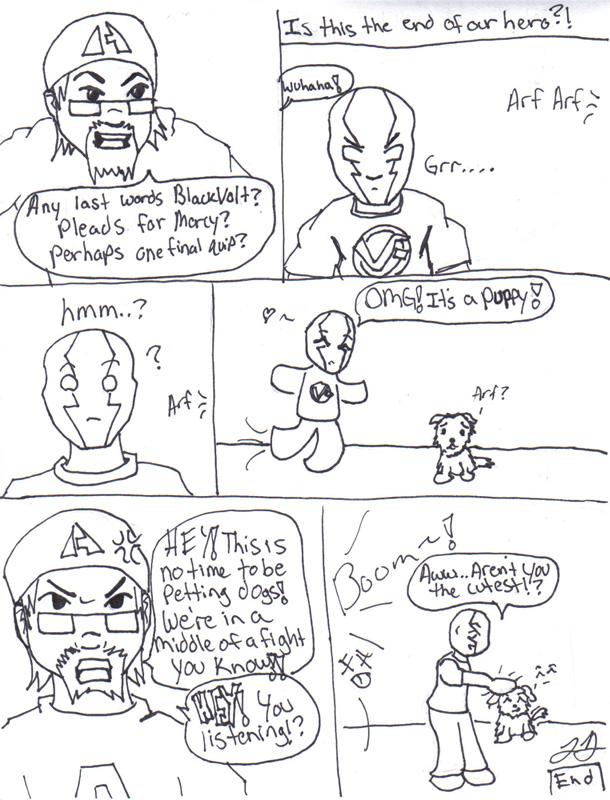 Well, I was getting on Celrena's case a little while ago because she hadn't updated her Civil War comic; Perhaps a bit hypocritical of me since I havn't put up a new dark circuits page in a month and a half.

So after she fixed up her comics, the girl I so affectionately call Celery turned her sites on mine.

It is a well known fact to Celz (and most other people who have ever met me), that in the presence of a puppy, I will drop all other activities. The standard Canis Domesticus has caused me to be late for classes, and late for work. Once I was having a fight with a girlfriend, and in the highest point tension, I wandered away to play with a newfoundland.

Big thanks to celrena for today's page. I guess this means that I too will actually have to update my comic. I'll get you the conclusion to last month's cliff hanger as soon as I can.

Now who can really get mad at a puppy lover?