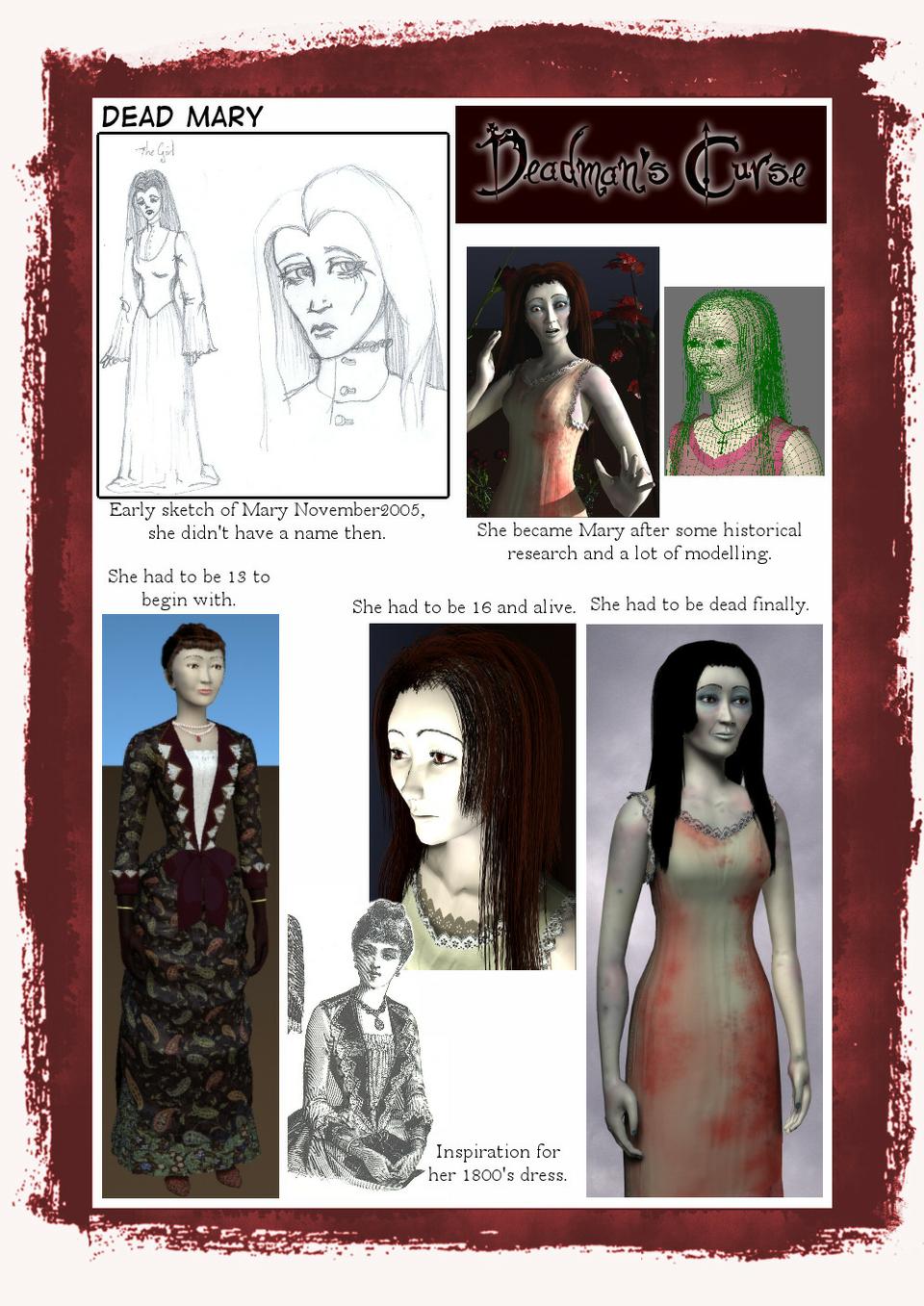 Now we come to Mary, the dead girl.

She wasn't the easiest to create or to handle within Lightwave while making this comic. She had so many problems & delays crop up because of her hair and rigging and the things she had to do within the story. Some things had to be simplified just to make them happen, others just had to be worked through with some detail.

She's fine now, layed to rest for the moment, and even though she doesn't look it now, she plays a key role in this story. More later . . .

Love the story, and very nice work on the modeling of your characters!