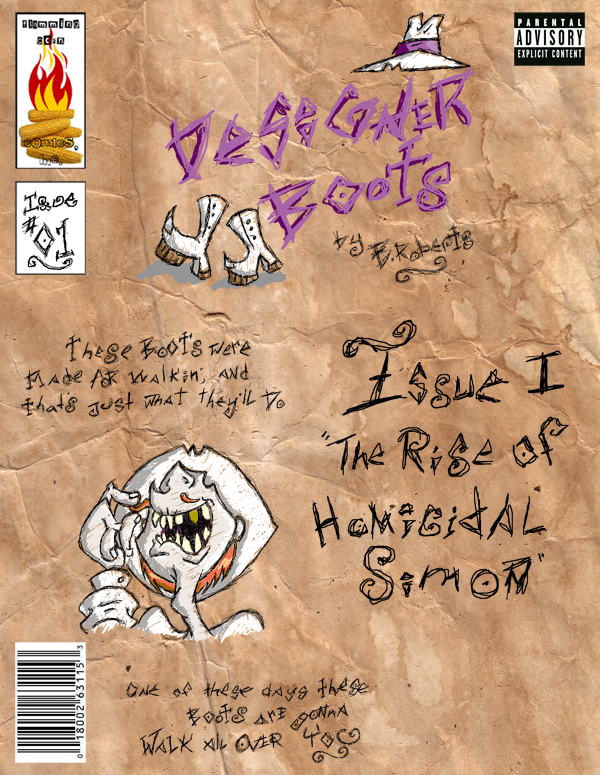 This is the story of “Homicidal” Simon Gilmore. He is a used car salesman from somewhere in the deep south. While most used car salesmen act crazy in their commercials and say their “prices are insane!” Simon doesn't stop there. No. He IS, in fact, insane. He does things like brutally murder his competition and snort crushed up Pez…

His main rival is Aggressive Harry, located less than a mile down the street.

This story shall be a mini series depicting his rival with Harry, and the rise and downfall of his own dealership.

It will also be drawn like it was made by a five-year-old with down syndrome hopped up on Red Bull. :I And the writing there? Yeah, I was like, “What kinda font should I use? OH YEAH…screw font! It won't be worth reading anyway, let's just scribble everything…”