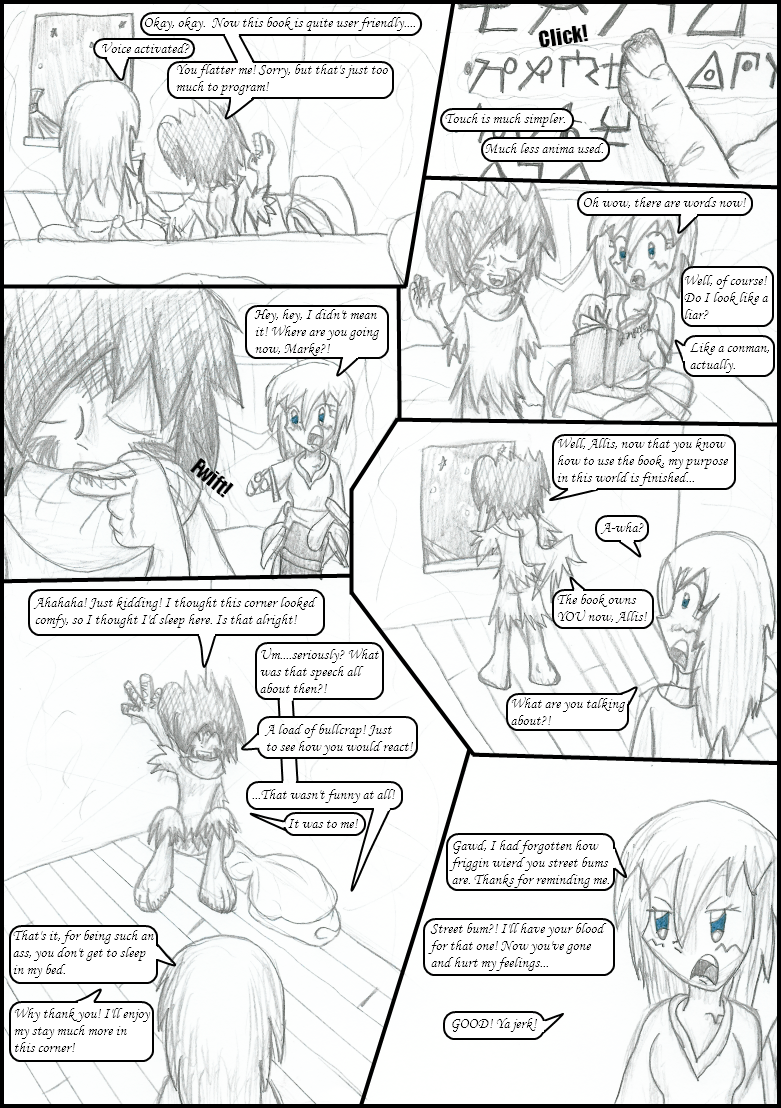 Don't take what Marke says seriously. I think this comic was influenced very heavly by Futurama, thus the strangly random humor. Seriously, half that script was made up as I looked at the final art.

And speaking of the final art….what the crap happened to it?! o.O First I forget to draw the design on the cover, and then there's that finger! Seriously, whats up with that second panel? I'm good at drawing fingers, but I just wnet overboard with Marke's finger there. Makes people hopefull that I'll draw better! XD

So anyway, I'm going on a short retreat, where I will hopefully kill any artist's block I have. Or just spend the whole trip playing video games. I hope the latter doesn't happen…but seeing as how both my grandpa and my uncle are gamers…;-;

heh,like the detail of the finger in the second panel. 's cool to see the rest in such a more cleaned up style then have it go to that, kinda like the ole ren and stimpy close ups, which kicked the hell outa everything.

those are some dirty fingernails... XD