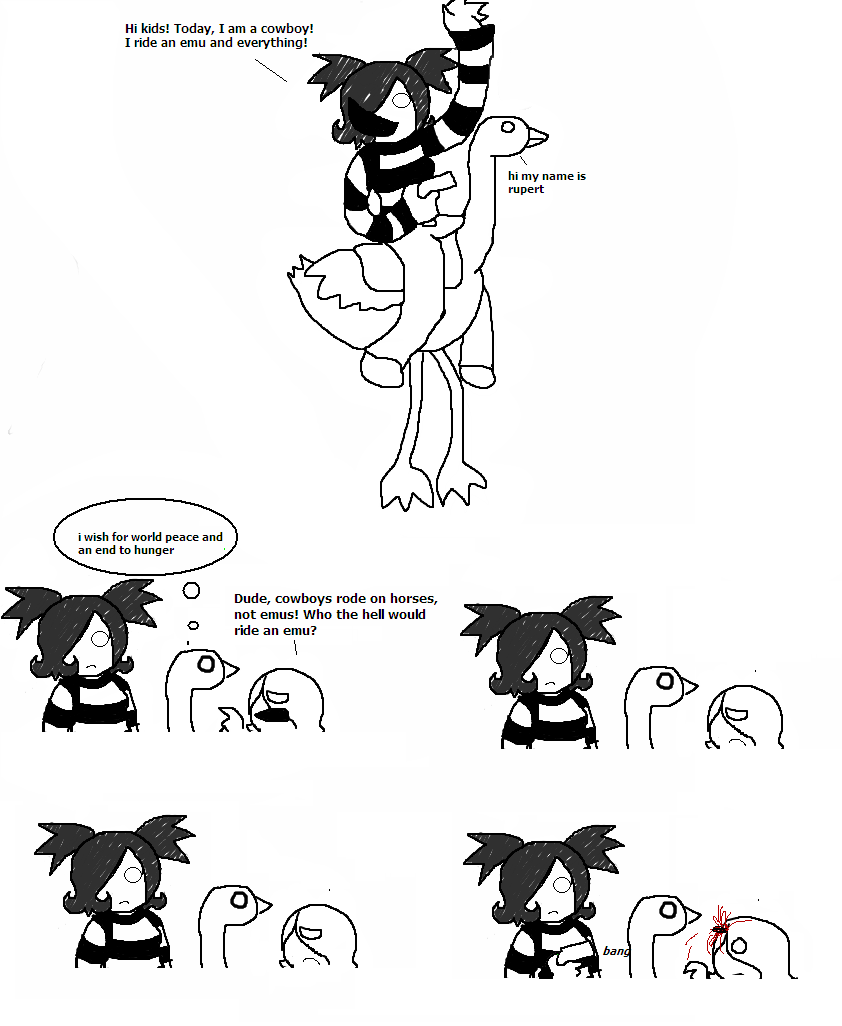 Hello kids!
Still practicing to do pages in ms paint, I made another attempt. Except this time, I just doodled it in ms paint, then did some more linearting in this website image editor thingy called pixl something or other. Its not as smooth feeling as ms paint for me somehow, it felt kinda ‘slippery’. The result was the mess you see before you. Still, worth a shot,  I think looks better than just plain MS painting it. Not that I should really care since this comic isn't supposed to be ‘good’ or ‘perfect’ in any sense of the two words…But still!
This page was the result of me asking my friend for two random words that would end up hopefully giving me an idea for a DEYS page. He said, “ostrich and shot gun”. I turned the ostrich into an emu because emus are superior, and a shotgun into just a random crappily drawn gun because yeah.

Hahahah. Thank you. Perhaps in the future.;)

You should revisit this comic. These are ridiculous and I like them.

Haha, I didn't expect any comments on this, and just came to check something...Christ, these are so ancient! And so bad, holy crap. I think it was supposed to be just a crappily drawn pistol, not a shotgun haha. As for the woman, it's not the same persay, I was just being REALLY lazy with the designs.

Sounds legit ... Why is it always that same woman? XD