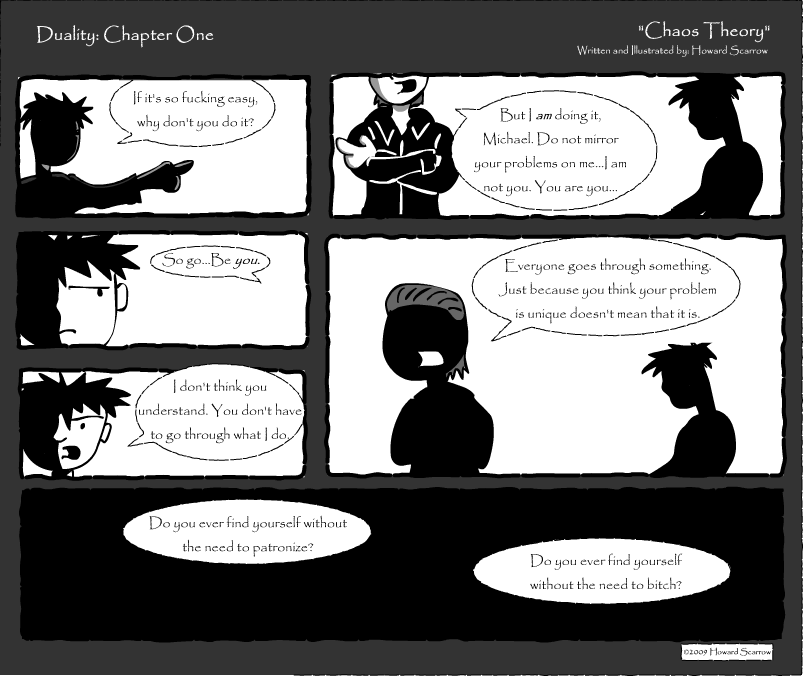 Well, it took a little longer than I expected (and not because I was spending the bulk of my time trying), but here is the second page of Duality: Chapter One. There was a happy accident with the first two panels, in which the drawings of Michael had mysteriously filled themselves in with black. I didn't know when it had happened, so instead of undoing, and possibly losing subsequent drawings, or instead of redrawing, I left it, because the character is in a very dark place.

And there he will be for quite a while. The story is starting to come together for the overall thing, and I agree that I may be a little quick to start putting stuff out without a solid idea of where this is going, but it's exciting, so I'm doing it this way.

I can already tell you that this comic will not have a regular update schedule, as sometimes, I need to go to a dark place myself in order to do the writing for it, and the drawing, well, I was just never a fan of drawing for the public.