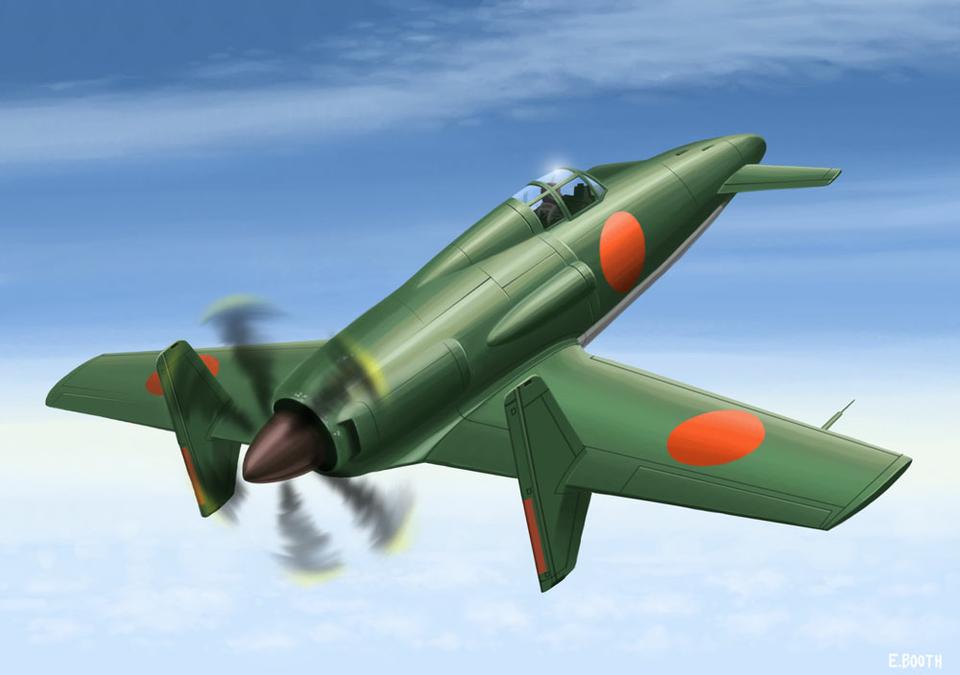 This is a digital painting I did of a Japanese Shinden fighter. It was designed to take on the high flying B-29s and replace the aging Zero fighter. It had a highly unconventional push prop design and plans were under way for mass production. However, only two were completed before the end of the war.