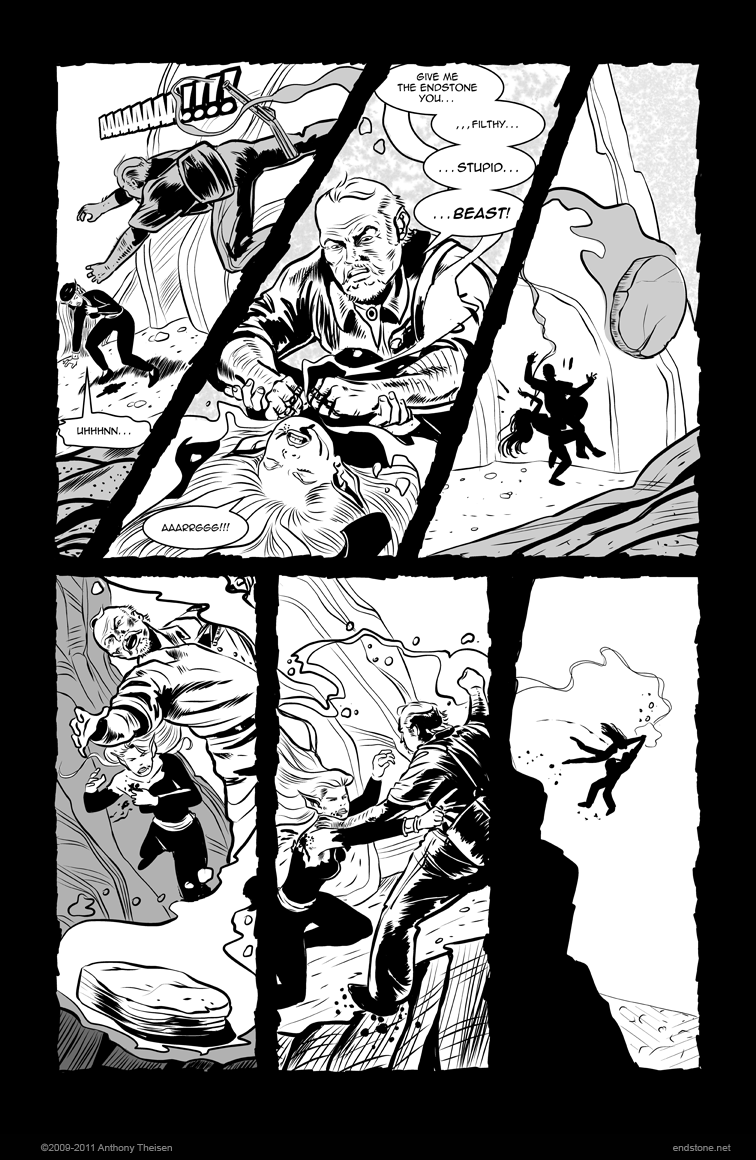 How can she possibly survive that fall? Could she really die in a flashback? Anything can happen in the impossible land of Endstone. ;) Tune in next week fellow stoners!

mattchee - Thanks Matt! Those Kirby dots were crafted from that Manga Studio link you sent me a while back. :)

SoItBegins - Cool. I didn't know too much about the arquebus so thanks. I love reading about historical battles and techniques. Also, I lived in Japan and I remember that the place where the samurai took their last stand against a gun equipped army became a train station that I frequented. Ironic….

God of War - A wooden gun to down Magneto? Interesting. Can a wooden gun even fire? I just would have hit Magneto over the head with it. :)

See you next week and keep on keeping' on.

UH OH! And, cool about the link! It's almost like I contributed to the comic, only not really at all! :)

That landing is going to hurt.