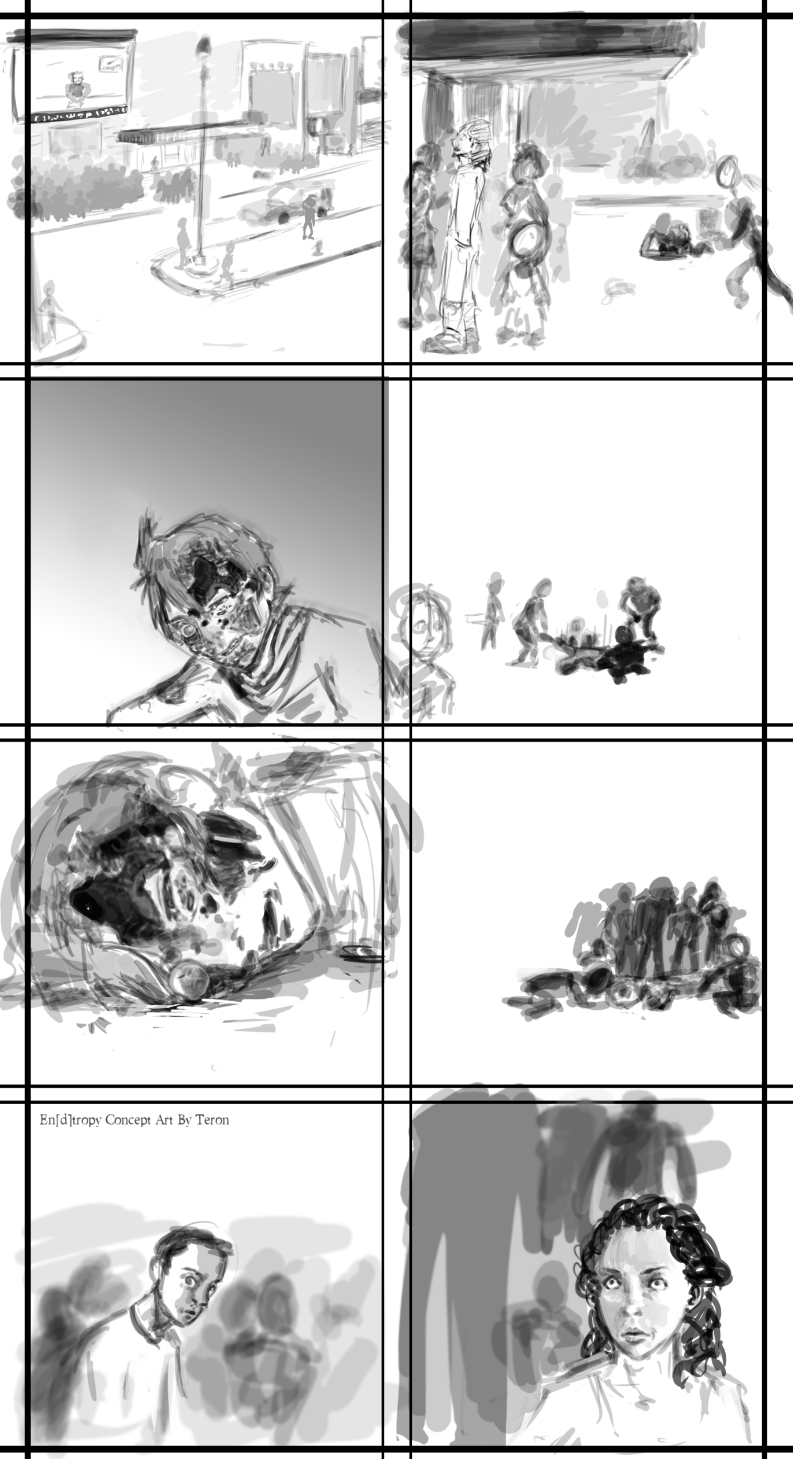 Time to reveal some details:

-Entropy takes place in a post-2012 alternate universe, that merges the superhero and video game conventions into a post-apocalyptic story.

-The year is 2022, and society has turned to the government to keep them safe. Their response? Six soldiers of misfortune; survivors of the event, who have been sanctioned by the government-owned United Defense and Security Committee to defend the world from “freaks”, other survivors who use their power as a tool of chaos. They are known as the Knights of Order.

-The first chapter in this saga will focuses on a series of murders. The victims are high-profile individuals, leading the Knights to suspect that there may be someone more dangerous behind this than the work of a hired gun.

-If you liked American007, chances are you'll like this, as many of the characters return, but portrayed differently. If you didn't, well, you still may like this, because it's going to be a different beast than the last comic.

Well guys, that's all for now. We're working as fast as we can so hopefully we can begin this story before the summer is over! Stick around.