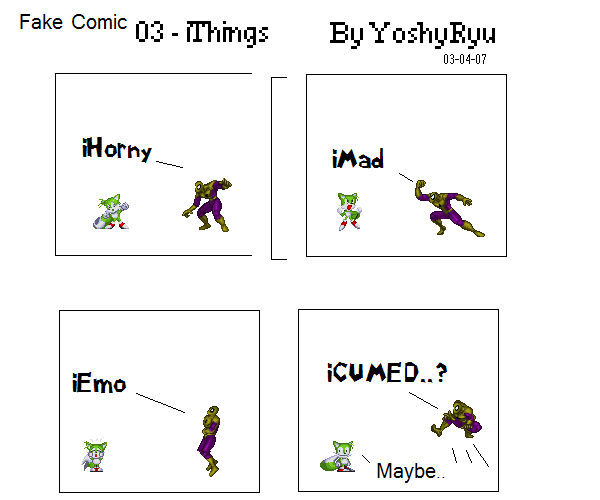 Once again, lets see if anyone will “Try to help” make this episode of “Fake Comic”.
I'm thinking of making another series called “Real Comic”, in which I re-make the comic from FC, and post it there but I don't think I will.

Tyro... Are you blind and dumb?