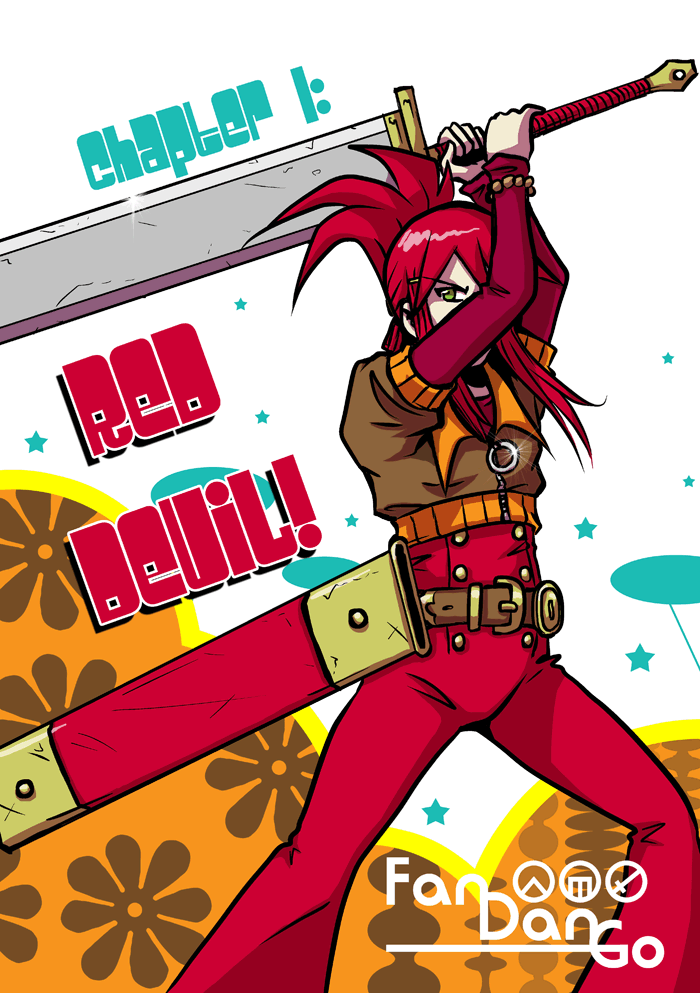 This is the start of the rebooted FanDanGo, Fan Dan Go. If you liked the old comic, you should enjoy this. If you didn't like the old comic, I'm hoping you'll find this version an improvement, since I've tried to build on the criticisms I received. If you have never read the old comic, don't worry, this is a complete reboot! Forget that old thing! (well, I did leave it up if you're curious…)

Fan Dan Go is a comic about magical knights in a retropunk setting (that means a Fantasy setting inspired by the 20th Century, most particularly the 70s and 80s). If you want to read a comic about a girl in flares beating up bad guys with rayguns with her gigantic sword, this is the comic for you. If you don't, I dunno, you'll have to take up train spotting or something instead.

I'm afraid it won't actually be updating for a couple of weeks. This image is here for purposes of constructing the site, so that when updates begin, it will all be shiny!

I LOVE this cover, time to read on..

Never read the original. I'm actually a new user here on DrunkDuck.com. This comic is an immediate favorite. You should read the comic "The Ether" i think it's spelled, by Zookz. He doesnt have a lot, but it has extreme potential.

Eredicus shakes his head at those pants.

yay i'm glad you're updating again. good luck with the new version. i liked the old one but i hope this one will be even better

Well look who's back! We missed you! Reboot huh? This time around I'll fave this and keep up with it! ^_^