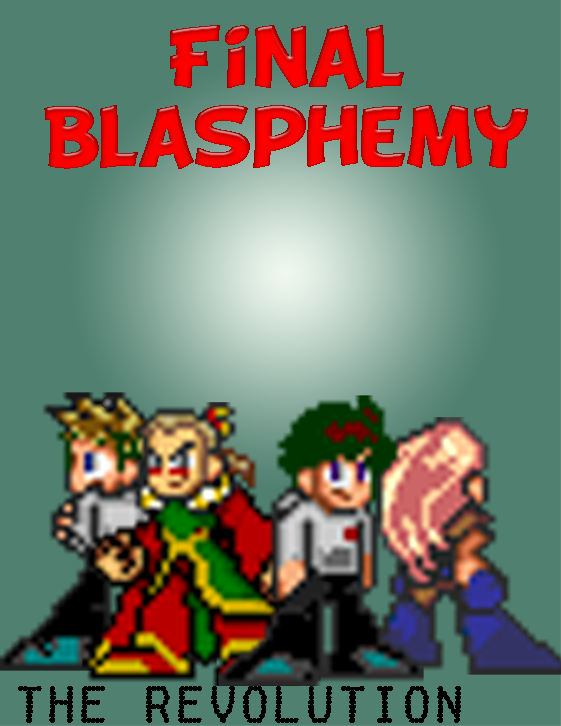 Hello, and welcome to Final Blasphemy! It initially started as a comic strip, but I kinda hit a dead end with that, and, after a long hiatus, decided to change it to comic book format. The first 4 issues are in the strip format, I just added the covers to… well, because I was bored one day and felt like seperating the storylines into how I felt they would've flowed were they comic books. I'm strange like that. Anyway, enjoy!

So... fuzzy... If you're using Paint, you can avoid that effect by resizing the selection instead of the image. Also, don't mind lefarce, he just hates sprite comics. I think your edits are quite impressive, especially for a first strip. Even if it's not really a first strip. Er. I don't know what I'm saying anymore.

will someone shut him up please? it looks great, good sprite editing

There isn't anything really "revolutionary" about a sprite comic. I'm not going to rate this yet, because I've only read this one page. But as far as first impressions go, I'm not at all "wow'ed".