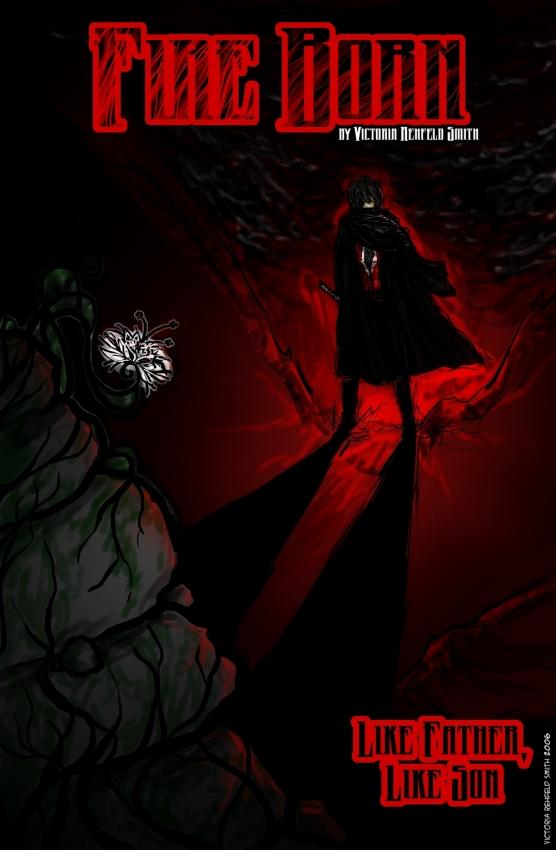 Here begins yet another comic, actually it's the first one I really made by myself. It's a sort of precursor to Jump, though not in the same world, a lot of what I developed in this story evolved into Jump. Fire Born, when I looked back on it, was a really immature story, mainly because I created it in middle school and high school. But lately I decided to rework it for the me of today. I'll be putting up the first introductory chapters over the winter holidays.

The way I'm going to be telling this is not necessarily as one big coherent story, rather as chapters that will delve into the lives of certain individuals, like short stories that will all come together under the greater story. Basically, I'm taking this huge ass story one chunk at a time so I don't get driven insane.

Well, with that introduction, check out the cover and the first page of “Like Father, Like Son” and I hope you enjoy it and the rest that is to come.

I hit the link by accident. Don't think many of your readers realize you have expanded again. Good luck with this endeavor -- the title page rocks!

Hey, nice web design ^^ It's always interesting to follow stories down other paths.